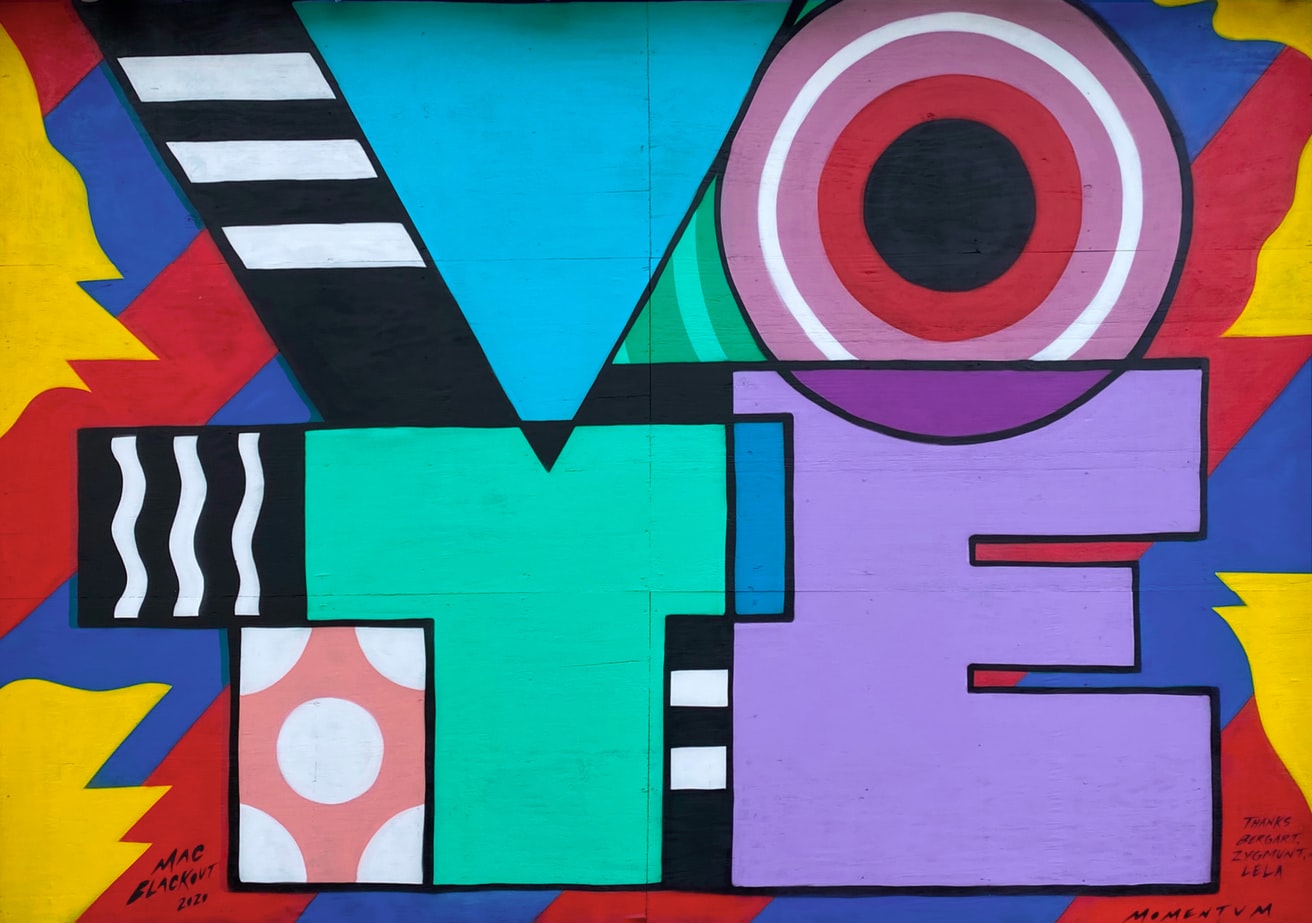 There are those who say that voting doesn’t matter. Choosing the lesser of two evils is, they say, pointless. Countless American citizens sat out the 2016 Presidential election for a myriad of reasons, including a sense of disillusionment and disempowerment with the system. There is a vast segment of eligible voters in the U.S. who have definitively given up on the idea that their vote matters. Many registered voters complain that the U.S. is not a democracy, but an oligarchy, where the rich pull the levers of power at will.

They are a mixture between resentment, disgust, hopelessness and many experience disenfranchisement, and decide or are unable to cast a ballot at all. It’s easy to turn away from politics in an increasing polarized environment. But I am here to implore you to reconsider your doubt. We cannot look back at history and disregard the sacrifices of our ancestors. We would dishonor those who fought with all their heart and soul so we could cast our vote today. Think of the implications that the people who hold political office have on key issues like the environment, equal rights, health care, the appointment of Supreme Court Justices, social justice, foreign policy, voting rights, corporate regulation and local governance, to name a few.

white women are granted the right to vote

Native Americans granted citizenship and the right to vote

The majority of women under 40 today have no memory of being denied a credit card, bank account, mortgage, car loan or other tools of self-sufficiency for the simple fact of being born female. This is the very real past on whose shoulders we stand today. This is but one example among many. We cannot look back at history and disregard the sacrifices of our ancestors. We would dishonor those who fought with all their heart and soul so we could cast our vote today.

And the struggle to vote continues to this day. Long early voting lines, decreased polling hours, removal of official ballot drop-off locations, deletion of polling locations and other actions that disproportionately impact marginalized members of society threaten to erode the fabric of democracy.

Your vote matters. Your voice matters.

The following sites will help you get ready to vote and keep you informed about upcoming elections:

“#imvotingfor my daughter Kit. I want her to grow up with leaders who think and speak with integrity. Who shows that measured and thoughtful responses do not show weakness. I want her to see that her elected leaders can be the children of immigrants, as her mom is.”
-Mindy Kaling. @mindykaling Twitter. 7 Oct. 2020.

“Today several constitutional amendments state that voting rights cannot be abridged on account of race, color, previous condition of servitude, sex, or age for those above 18.  Power to the people only works when all the people actually have the means and the will to exercise their power. The answer to our future isn’t to try and purge marginalized communities from voter rolls or block them from voting. Not only is that a temporary solution that will fail over time, but it stems from hate and fear, which eventually backfires. So please, put love in your heart today and let the power of your love motivate you to get to the polls and vote.”
-Kino MacGregor

“The message is simple, if you want change, VOTE. We must continue to use our collective voting power to create an elected governmental body that represents the people — ALL the people #votebabyvote“
-Melissa McCarthy. @melissamccarthy Instagram. 5 Jun. 2020.

“I will always remember this day … my first time voting … and not only I voted but it was as an 🌴☀️🇺🇸 American Citizen! Yes that’s right! it took me a long time to get here … but 20 years later I can finally vote!
Voting is sooo important … it is expressing your opinion about what matters … voting is actively working towards improving our world, not only for us but also for the generations to come. Just Go Vote!”
-Agathe Padovani. @ifilmyoga Instagram. 21 Oct. 2020.

“33 million Americans have already voted. Thank you for this @donlemoncnn @cnn. 13 days until the election which will inevitably determine the next 4 years of our lives and beyond. Have you voted yet? Voting is one of the most simplistic ways we can use our yoga practice for change. See my last Minute Mindfulness IGTV video where I break down how yoga relates to voting 🙏🏾🕉. Don’t forget to sign your mail in ballot on the return envelope. Visit vote.org for further information on polling places, voter registration and ballot drop off boxes.”
–Anusha Wijeyakumar. @shantiwithin Instagram. 21 Oct. 2020.

“Voting is the expression of our commitment to ourselves, one another, this country, and this world.”
-Sharon Salzberg

“I think the importance of doing activist work is precisely because it allows you to give back and to consider yourself not as a single individual who may have achieved whatever, but to be a part of an ongoing historical movement.”
-Angela Davis, American political activist, academic, and author

“Women belong in all places where decisions are being made.”
-Ruth Bader Ginsburg, Associate Justice of the Supreme Court of the United States

“Get up. Stand up. Speak up. Do something.”
-Tarana Burke

The American dream is a work in process. It is not complete, nor has the dream reached its fruition. There is no doubt that the history of the U.S.A is fraught with many and often horrific, challenges, many of which we are just facing in our modern era. But the dream of America is something I will personally never give up on. The Founding Fathers of the U.S.A. never imagined a world of true equality, but the words etched into the Declaration of Independence laid the foundation for the yet to be fully realised revolutionary dream —that is, that every human being, has the intrinsic right to life, liberty and the pursuit of happiness and to which the institution of government are bound to safe ground the social contract based on these values. To abdicate your right to vote is to say with your inaction that you no longer believe in the dream of America, the dream of life, liberty and the pursuit of happiness for all.

But I believe in the dream of America and the least I can do in support of that dream is to vote. I am for 100% enfranchisement, for every citizen to vote. I’m not telling you how to vote, I’m imploring you simply TO vote. The history of voting rights in this country tells a story of hard-won battles for the right to vote. 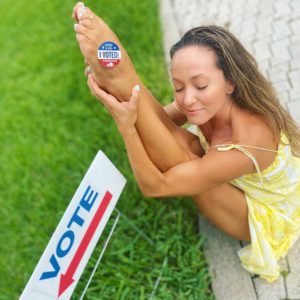 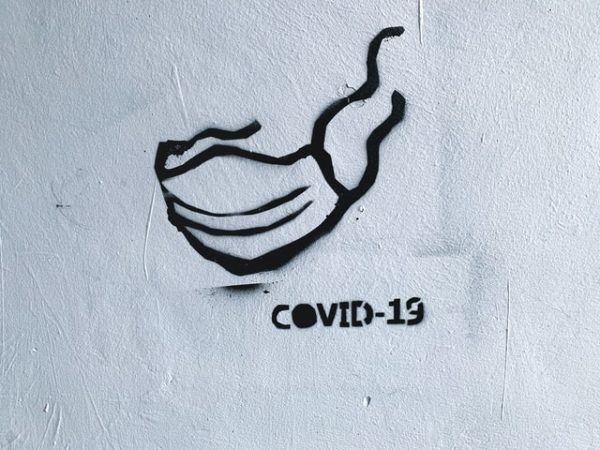 The Covid Crisis in India 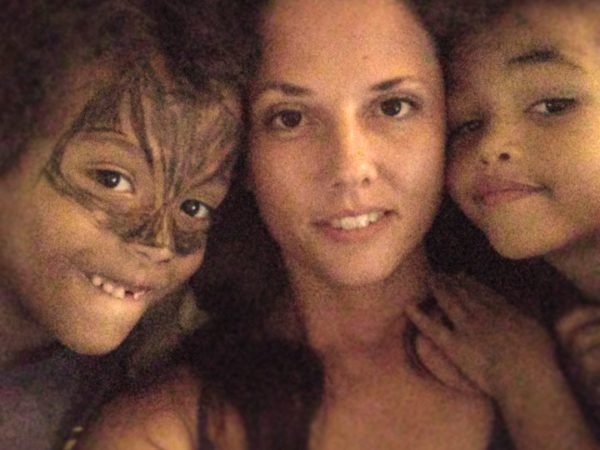 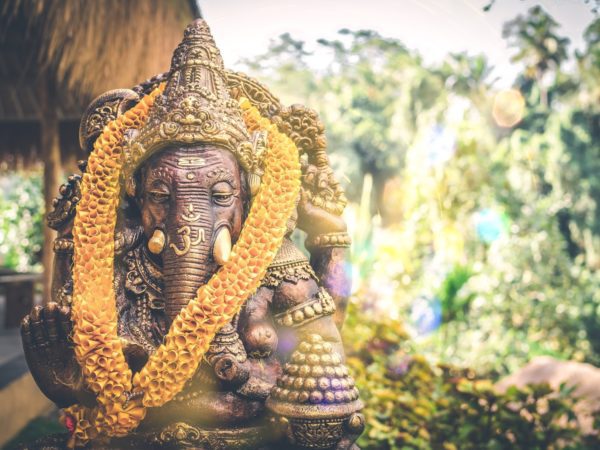 The Cultural Appropriation of Sanskrit