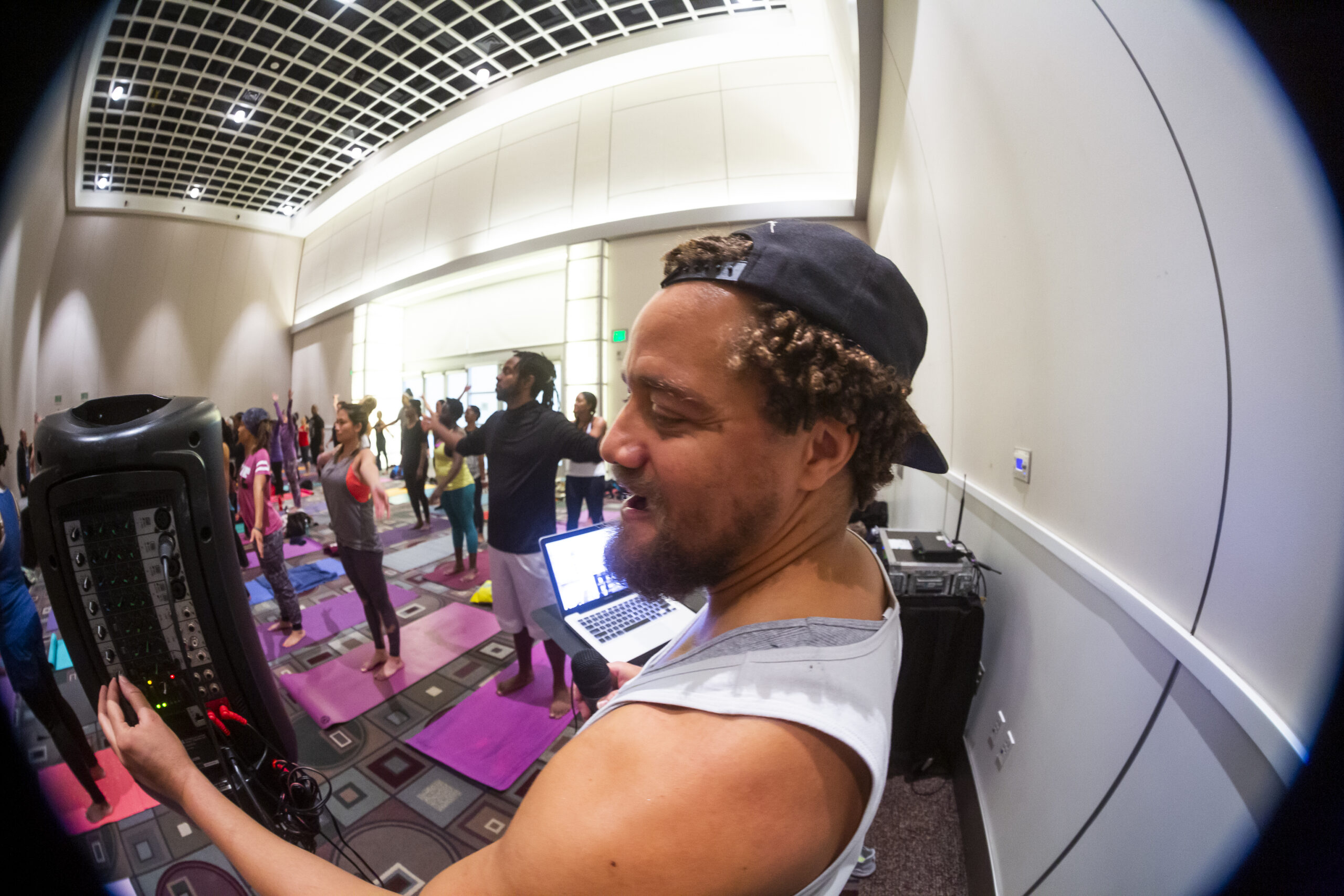 But, coming out of the closet was just the first step. It would take nearly two decades for me to get to a place where I could deal with the pain of the childhood rejection I experienced. Yoga would be a conduit for that healing.

The following is an excerpt from “Embodied Resilience Through Yoga:30 Mindful Essays About Finding Empowerment After Addiction, Trauma, Grief, and Loss” edited by Kat Heagberg, Melanie Klein, Kathryn Ashworth, and Toni Willis, Llewellyn 2020.

Where I grew up, men were expected to act like men and little boys were expected to act like little boys. During the 80’s and 90’s, statistically, most young black men would be involved in some kind of street violence and would also spend some part of their lives incarcerated. So, many black fathers, grandfathers and uncles who had connections to young boys had to have it in their minds to groom young men that could not only survive the violent streets of Washington D.C., but that could also survive jail.

I was also a light-skinned kid. So, there was even more reason for concern because light-skinned high yellow boys were seen as weaker. And the men I knew weren’t having any soft-acting, high-yellow black boys coming out of my neighborhood if they could help it. They had to make sure that I would be strong. “You got to be all boy! You got to be the All-American Black Boy!” was what a substitute gym teacher in my elementary school would say to us male youth often, his eyes focused mostly on me, it seemed.

As we lined up and filed out of the school gym, a classmate’s grandfather that volunteered with the physical education program whispered to me as I walked by him, “Every soldier, every hero finds his own glory, young, man. You’ll find your own glory!”

He seemed to be speaking directly to my wounded heart. I guess he saw the insecurity on my face. It’s like he was telling me that despite what the substitute gym teacher had just said, that it was all right to be different from the other boys. Like many elder black men in our community, he’d proudly served as a Lieutenant in World War II. Having led so many different kinds of men with so many different temperaments into battle, perhaps he had first-hand knowledge that surviving a war depended upon much more than physical prowess. I felt like this elder was letting me know that he saw my uncertainty and that I was going to be okay. Even though I didn’t fit the image being projected onto all of us, better days were coming for kids like me.

I never really took a liking to any of those things.

By my last year in elementary school, I knew that I was gay. I also knew that I couldn’t tell anyone.

I played with the girls. I jumped double-dutch. I read books.

I was jumping rope with a group of girls in an alley behind my house one summer day when the words, “That boy ain’t gonna be shit! He’s gonna be gay.” directed to me from the mouth of a loud intoxicated man out of a car widow hit me like a brick.

Even though there were always slivers of inspiration that would bolster my hope for better days in the future, like the grandfather in my gym class whispering to me, for the most part, the words coming from the mouths of men I looked up to devastated my young spirit and my confidence. I would go through my days and nights with those words echoing through my head. I’d look at other boys my age and wish I could be more like them and less like me.

Many young boys’ reaction to the pressure to be manlier would have been to become overly masculine to win the approval of others they looked up to. But, that wasn’t my nature.

I was a gentle spirit. I had a poetic soul.

By the time I reached my teen years, I felt rejected and alone.

There were no LGBTQ clubs at D.C. area high schools. There were no gay pride parades happening in Washington. D.C that I knew of. There were no same sex couples raising children that were visible. They were not preaching inclusivity in the church that I went to.

If you were a gay kid growing up in Washington, D.C. in the eighties and early nineties, you were on your own.

There were many days when I just didn’t want to live anymore.

Once I hit puberty, I began to pull away from friendships with males and females.

I didn’t go out partying like other teens did. I just focused on academics.

I’d check out a book each week from the library to read during the long bus rides out of my neighborhood to attend magnet schools that I’d been accepted to in Downtown, Washington, D.C.. I’d become what people may consider a ‘gifted child’ and that got me into schools away from my neighborhood. Away from anyone who really knew me, I spent time on the bus with my head buried in books communing with some of the most inspirational minds to ever live. And that’s exactly what a young gay kid like me needed: inspiration.

James Baldwin, Maya Angelou, Richard Wright, Langston Hughes, the voice of Malcolm X through Alex Haley’s book, Alice Walker, these folks became my allies. These were black writers who wrote mostly about their experiences with racial discrimination in America. But they also wrote very candidly about their experiences as children coming of age and how painful experiences shaped them into activists and advocates for the underdogs of this world. I could relate to them.

Their books taught me that I could pour everything that I was going through as a teen into the arts. I could convert my pain into creativity; into creative projects. And that’s exactly what I did.

I joined drama clubs, signed up for speech competitions, went away for summers to study in academic programs and I began to shine in those areas. So much so, that I began to win the approval of many people in my community.

As a teen, my love for the arts and books took me all over the country and eventually away from the streets of my hometown to college. It was in Boston while in college that I was able to find the space to allow my true identity to begin to come out.

But, coming out of the closet was just the first step; It would take nearly two decades for me to get to a place where I could deal with the pain of the childhood rejection I experienced. Yoga would be a conduit for that healing.

“You are enough” that’s what yoga says. “Your life matters. You are special. You are a hero on your own journey. Come as you are. Accept yourself for who you are!”

No one had ever said that to me quite the way yoga teachers had.

Yoga brings me to a place where I can watch my thoughts and separate out the voices in my head. I can distinguish between the abusive voices—the ones put there by society and some of the men I grew up around that oppress LGBTQ people—and the voices that are for my greatest good and that uplift me.

Yoga helps me to constantly assess the damage that life has done to me and creates the space for me to be able to heal that damage.

Yoga invites me to be my own hero. 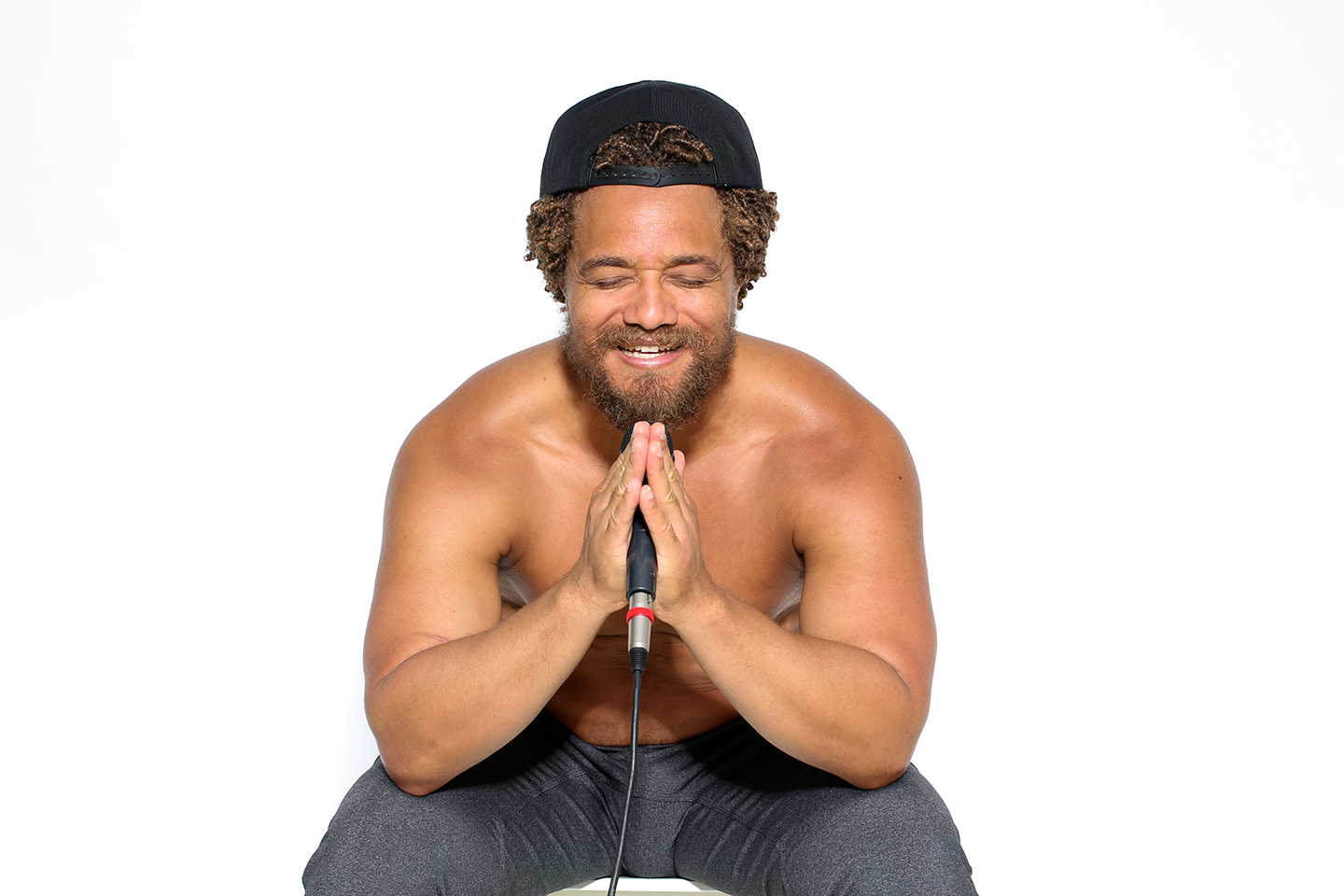 LA based singer, Dorian Baucum won yoga studios over with his Dorian’s Live Neosoul & Yoga – a fusion of his conscious, live, feel good neosoul music you can groove to with yoga classes to create a concert-style yoga experience.

He guest-starred on CSI: Las Vegas with country music group The Rascal Flatts and the hit TV show ER. He’s a registered pharmacist with a Certification in Integrative Pharmacy, Reiki Master, Certified in Bodywork by the Kripalu Center for Yoga and Health, served in the Music for Healing Program at Cedars Sinai Hospital in Beverly Hills, holds an MFA in Acting from the University of California, San Diego and a B.S. in Pharmacy from Massachusetts College of Pharmacy. He’s just completed his 200HR Social Justice Based Yoga Teacher Training at The Tree SOUTHLA Yoga Cooperative.

Dorian has released two albums: EVERYDAY WARRIOR: Acoustic-Neosoul for Your Soul and Turn It Into Gold! 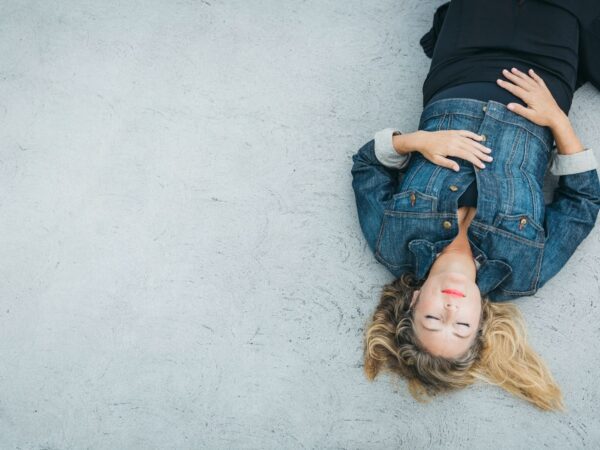 The Importance of a Positive Body Image 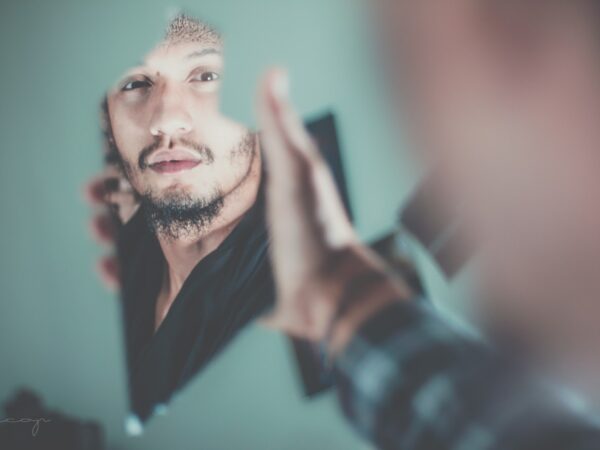 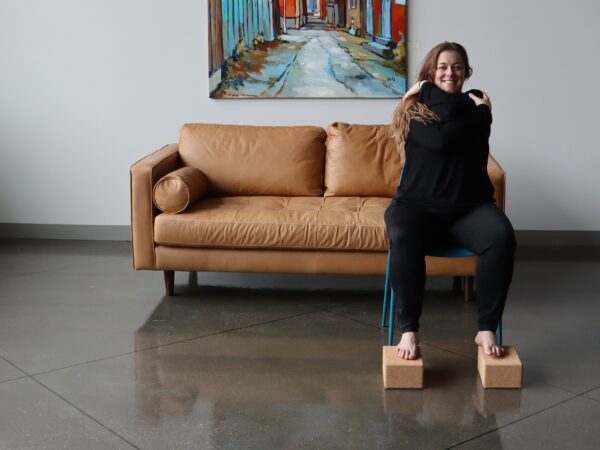