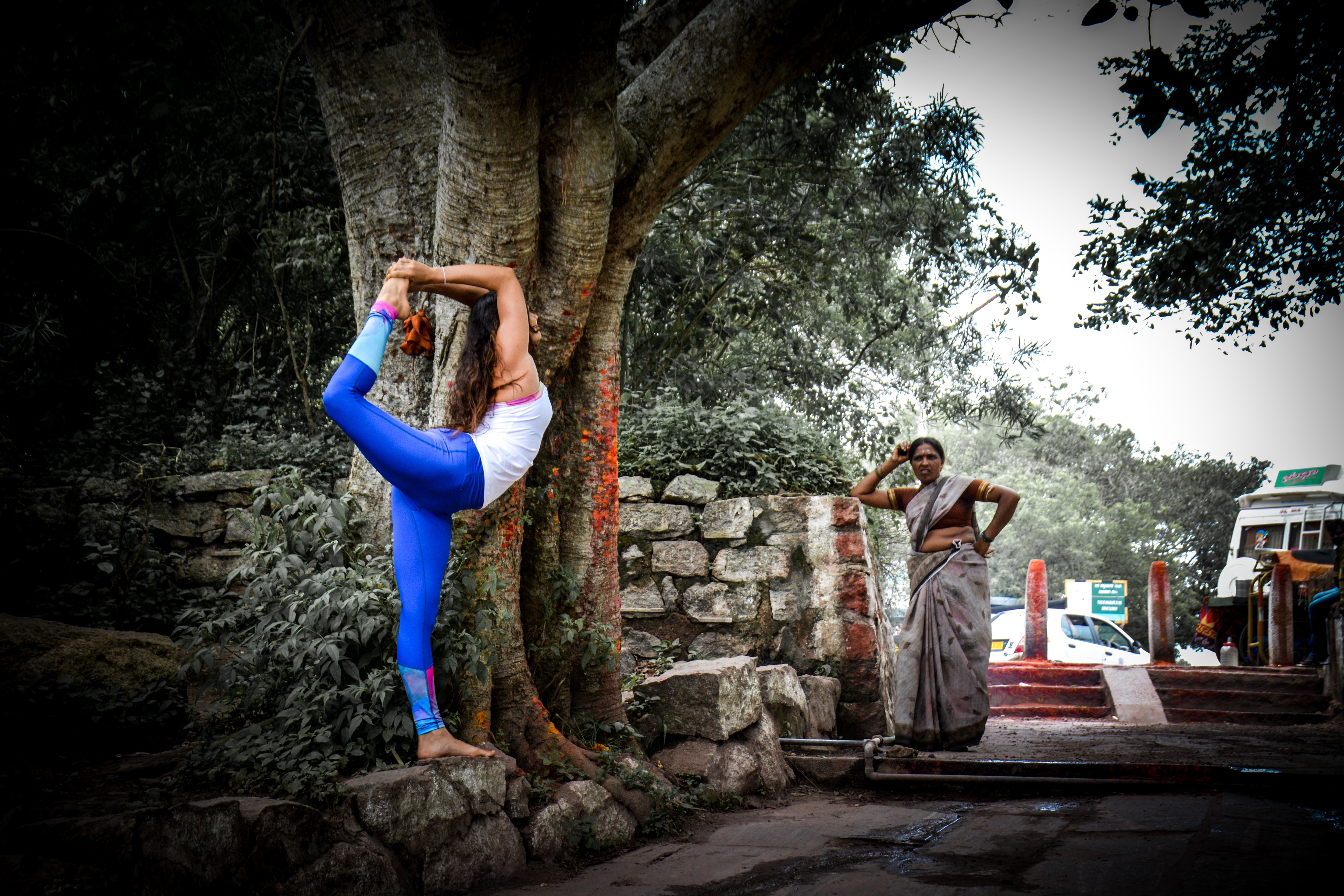 I often hesitate to call myself a “yoga teacher.” I prefer to view myself as a student, a lifelong disciple of one of my culture’s most precious gifts, yoga. A tradition of spiritual teaching that has evolved and survived several cultural onslaughts for well over 2,500 years. The latest being its current somewhat distorted avatar. A casual ‘Namaste’ printed at the base of a photograph of a smiling bikini clad woman on an impossibly beautiful beach. A Pincha on a bridge with a quote from Patanjali’s sutras. A pair of $100 leggings with an ‘Om” stylishly embroidered on it.  Lots of ‘Chakra cleansing’ and ‘Om’-ing gleefully bandied about over turmeric lattes and conversations about coconut oil and clarified butter. The question arises, what is wrong with that? Why would the global adoption of yoga be anything but good?

To answer that simply, it is, and it isn’t. There is nothing more wonderful and heartwarming than watching people of all races from every corner of the globe embrace yoga with so much warmth and enthusiasm. It is beautiful to see bodies of all shapes and sizes feel the benefits of this tradition. Watching as yoga connects people from all walks of life and provides a welcoming place for young and old is wonderful to witness. On the face of it, this is the age of the yoga revolution. The unprecedented numbers of people from the West practicing, learning and teaching yoga like never before in its rich history is exciting!

What is less exciting, less heartwarming and less easy to process is the way in which yoga is often treated and consumed today. If you were to do a cursory search of your Instagram account, arguably the current haven for yoga practitioners, you would be hard pressed to find many faces that look Indian, wielding any sort of real influence on the way yoga is perceived or practiced. The face of yoga is invariably Caucasian, smiling, thin and dressed in stylish yoga gear doing something impossibly stretchy. A fair number of practitioners are wholly ignorant of yoga’s Indian roots and perhaps a fair number do not care to acknowledge it nor see it as relevant. That is problematic. Ignoring cultural appropriation also ignores the biases and prejudices races like mine have long endured. We have had our curries called “smelly”, we’ve had our gods made fun of, we’ve been called ‘dotheads” and the list goes on. To then have parts of our cultural and spiritual practices sanitized and made palatable for profit with no effort to represent us is hard to watch.

It is more than a little strange to witness ‘bindis’ becoming a fashion accessory and a traditional greeting like ‘Namaste’ become a trendy graphic on everything from tank tops to coffee mugs. Of course, the argument is often made to normalize cultural appropriation. Which is that every culture learns and absorbs practices from other cultures and that it shouldn’t be a big deal. Unfortunately, a lot of the absorbing comes from cultures that seek to profit from others while removing almost every trace of the people originally practicing it. To cherry pick the things that suit a profit margin and discard the rest. For a community that is more mindful and ethical than most, it is important for the global yoga community to understand the hurt and anger of a lot of Indians. Anger that comes from seeing not one face which looks like theirs on the international yoga stage when the source of yoga is Indian. There aren’t any multi-million-dollar yoga apparel brands rushing to sponsor Indians, no one is asking Indians to host retreats in beach paradises. In fact, no one is asking us to speak – at all! That is problematic.

At its core yoga is a spiritual practice comprising of 8 limbs – Ashtanga. Only ONE limb of is devoted to ‘asana’, the physical practice of yoga. In today’s yoga context, it’s easy to imagine the hyper physical, athletic portion of yoga is all there is. That it is a glorified cousin of gymnastics in some way. The imaging and understanding of yoga seems to perpetuate this perception. Yoga isn’t a competitive sport that stresses physical ableism. It is at its heart a practice that shows you how to still your mind, to form a deep connection with your breath and body, to inculcate practices in your daily life that teach you to respect and love yourself and your fellow man. To learn to form a detachment from the material world and all its trappings and to learn to associate yourself with the oneness of the universe instead. In fact, Patanjali’s sutras do not contain a single instruction on how to do ‘Urdhva Dhanurasana’ or ten easy ways to enter a handstand. The physical aspect of yoga is almost incidental to what yoga really wants to teach you. The fetishization of handstands is a little incongruent in this light. There is nothing wrong with a rigorous ‘asana’ practice. It’s truly wonderful and does do your body a world of good but to assume that’s all it is, devalues this deeply spiritual practice and perhaps more unfortunately robs you of gaining a deeper more layered understanding of yourself.

The status of ‘Guru,’ or teacher, is not handed out lightly in the Indian yogic tradition. A teacher is someone who leads you from the darkness of ignorance into the light of knowledge. A 6-week, 6 month or even 6-year study is perhaps only a beginning? The great thing about an ongoing study of yoga is that it automatically addresses the issues of respect, representation and cultural appropriation. Dedicating yourself not just to ‘6 ways to achieving Tic Tocs,’ but also to the study of the history, evolution and meaning of yoga would, I think, automatically make you a better practitioner and a better yogi. You could then go on to ensure that this wonderful source of learning not only survives but thrives. Now isn’t that exciting?

Kashvi Lakshman Aiyar is a 200 hour certified yoga teacher and fitness enthusiast. She is a vegan and proud dog mommy. Kashvi cannot resist a bad pun and is often seen laughing at her own jokes.
Find Kashvi on instagram @omgomie 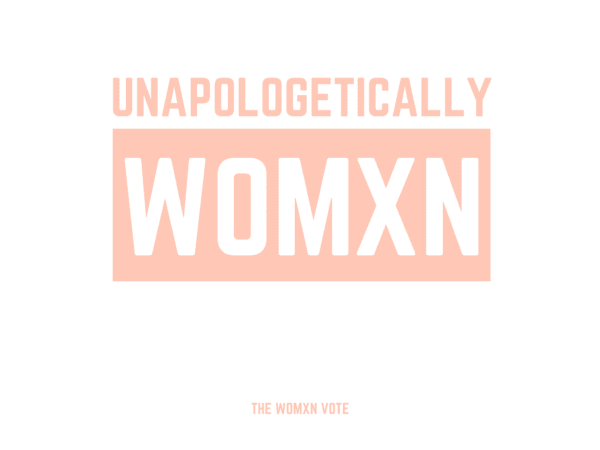 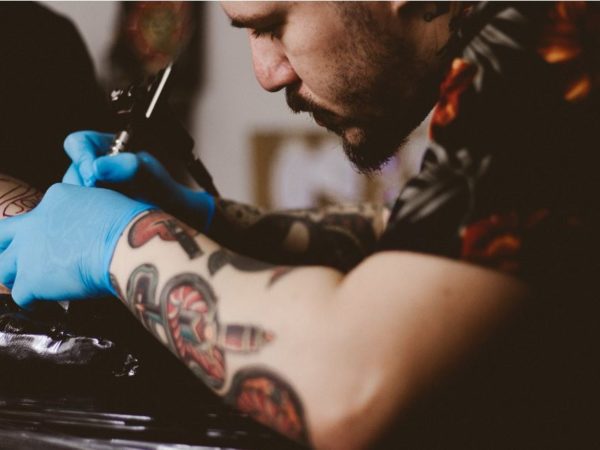 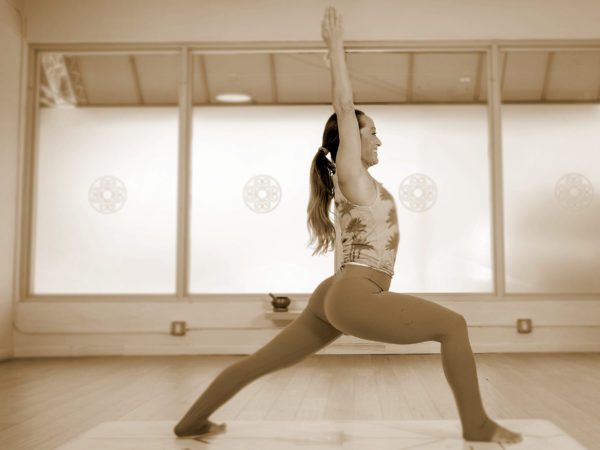