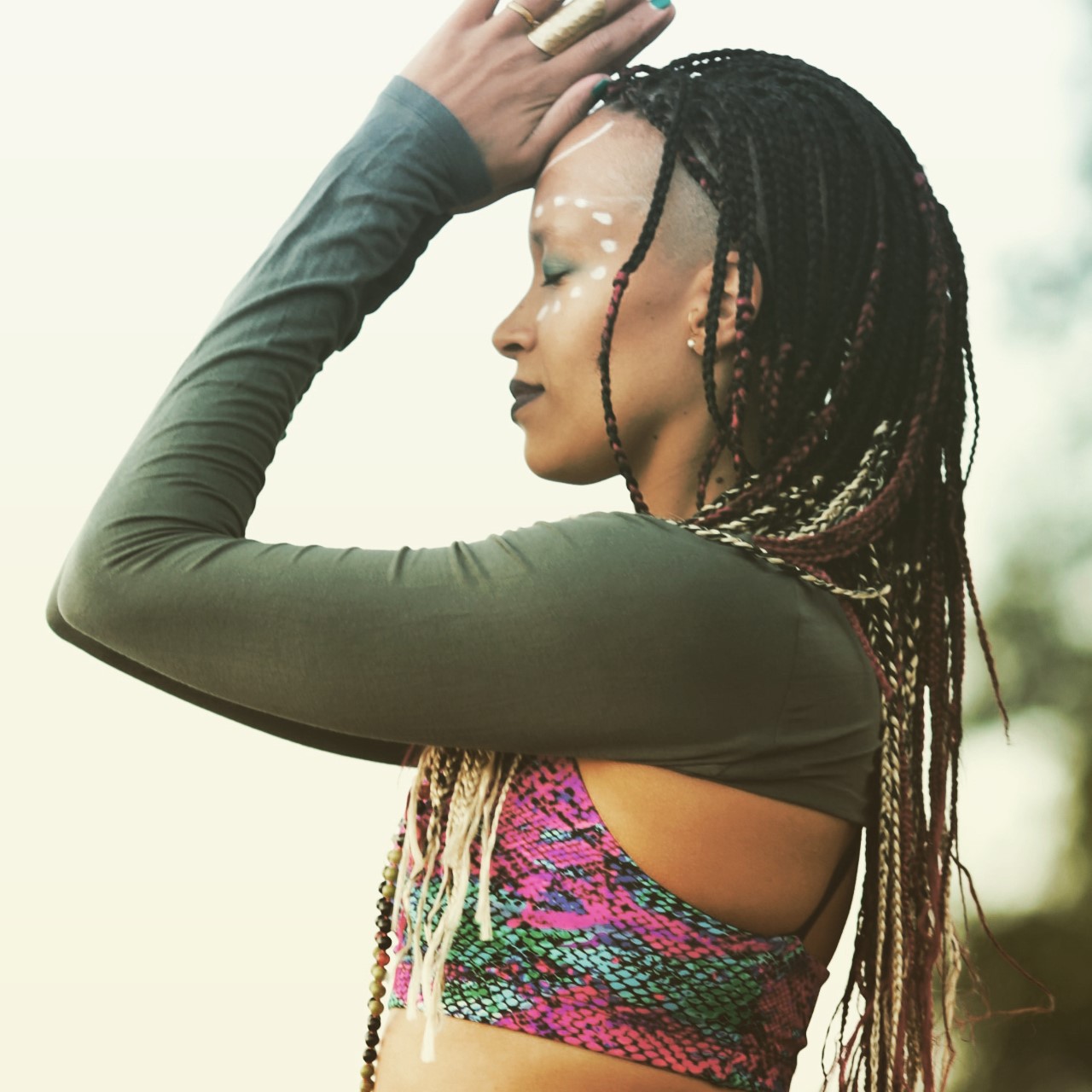 In the wake of the most recent and publicized murders of Black men and women at the hands of state-sanctioned systemic violence, seven years after the phrase was coined by Patrisse Cullors, Alicia Garza and Opal Tometi after the acquittal of George Zimmerman for the death of Trayvon Martin, Black Lives Matter has become a public rallying cry.

I didn’t go to the protest a few weeks back here in Helsinki. I sent my husband and children on my behalf so that I might write, mourn and move through raw emotion in peace. I needed space to bear witness to what might either be history in the making or another cycle of an ongoing pattern we know all too well. I wrote the following on a Instagram post capturing the complexities of the moment: There are many heightened, mixed emotions pulsing through me right now.

The rage of how many Black lives it took before Black Lives Matter became a public rally cry.

The fatigue…of trying to make sense of the senseless, of the insanity of state-sanctioned murder. And the oldness of it.

The joy and necessity of falling into the arms of my sisters as I make mistakes too, along my own process of dismantling my internalized Anti-Blackness. The sadness I feel when I can’t show up for another sister because my own rage and hurt is too overwhelming. My burden too heavy to carry on my own.

The cautious hope and wariness that those with newfound consciousness will do the tough, inner work of dismantling their conditioning around whiteness and proximity to power. Of holding themselves and their family, friends, colleagues accountable.

The suspicion (and proof) of businesses and corporations co-opting the movement because it makes good cents now and they can continue to build their empires off the backs and pain of oppressed people, of Black people. Of who will show up once anti-racism is no longer trendy. This is rigorous, unglamorous work. It’s not sexy. It often hurts and mistakes are many….

And now begins the real work of many lifetimes. As an Ashtanga yoga practitioner and teacher for 12 years, I’ve been involved in spiritual activism since 2018. I hadn’t planned it, nor expected my spiritual path to lead me towards the seemingly external world of activism. The truth is, as a Kenyan-American, biracial Black woman based in Finland since 2010, I’ve been in need of community. I’ve been part of the Ashtanga yoga world both in Finland and abroad and have gotten to know parts of the Finnish yoga community. However, from the get go, the lack of Black and Brown people in the yoga world globally and in Finland, has never sat right with me.

As I got more teaching experience and began to get intentional about who I serve as a teacher, it became clear that my target demographic are BIPOC. However, as a teacher responsible for the wellbeing of all who come practice with me, I must ask myself the following questions: How safe would BIPOC be in a predominantly white space? What microaggressions might they need to bear?  How much free education and emotional labor would they be subjected to as they seek to rest, recuperate and deepen in contemplation?

Ashtanga Yoga has the reputation of being elitist, exclusionary and racist, all of which are true. This leaves much to be desired. In fact, I got so disillusioned by the lack of accountability around the abuse of power and community complicity that I took a long break from the practice to clear my head and gain clarity on where my North Star was guiding me. I was pointed to the revelation that I can love something, engage in it, and be critical about it.

Much still needs to be unpacked and accounted for within the upper levels of the community. From where I stand, it is not business as usual. It cannot be because it’s essential to not only see the pattern of systemic oppression but to actively work to eliminate it in all its manifestations. Anti-Blackness and racism might seem like distant topics to those who are protected by the systems and don’t have to manage societal repercussions. By contrast, questioning your participation in a culture of complicity within the Ashtanga yoga community is personal.

The lack of diversity in Ashtanga Yoga is very real and very problematic. However, the solution doesn’t rest in aspiring towards diversity and inclusivity. These terms imply that someone (usually from the dominant group or deeply invested in it) owns the table and can choose who to invite and who to kick out at any time. This implies that there is someone at the top who is the gatekeeper. That there’s someone hoarding all the toys in the playground and won’t share, save for a few throw away knick knacks, which they can take back any time they feel like it.

My vision for the healing and spiritual evolution of Ashtanga Yoga involves a radical unlearning and co-creation of a community that’s deeply honest, transparent and rooted in equity, joy and justice.

I offer the following reflections on how we might co-create this together:

This is something we as yogis are trained to do. Every time we step onto the mat and move through the method of linking breath with movement and soft, steady focus, we meet ourselves again and again. Our stuff. Our obscurations. Our breakthroughs. The work of divesting from social conditioning around whiteness and proximity (or distance) to power is similar.

Learn to discriminate between discomfort and lack of safety:

When we attempt a new pose for the first time, we don’t generally scold the teacher if we don’t ace it right away. We understand that it takes time, that it is a step by step process to become familiar with and understand the pose. It’s not comfortable to learn new, often painful complexities. This doesn’t mean it’s dangerous. Nor does it mean that the (BIPOC) person offering the lesson needs to say things nicely, calmly and peacefully in order for you to listen. Again, our practice of yoga has prepared us well. It has taught us not to shrink from the first onset of strong sensation. We have honed our sense faculties to determine the difference between discomfort and pain.

Avoid the smoke and mirrors of performative allyship:

If white people are centering themselves and profiting from solidarity efforts, you can be sure that institutionalized racism is still firmly in place. It all comes out in the wash in the end. Think about it like this: who will be at your funeral? If your funeral (as a white person) is full of white people similar to your social location, chances are you played it pretty safe and didn’t do a whole lot as a living ancestor to dismantle Anti-Blackness, racism and systemic oppression. However, if the people that you say you stood behind attend your funeral, well, that speaks volumes.

Like the practice, we don’t roll up the yoga mat in the middle of practice and leave the room because we skipped a pose. We don’t ruminate for days on end that some poses were done out of sequence. And while the stakes are different in the context of Anti-Black racism, the logic is the same: once a mistake has been made, what you choose to do next is crucial. However, be attentive to not committing the same egregious activity over and over again. Mistakes are great teachers. Learn from them.

This speaks to the topic of cultural appropriation that exceeds the scope of this post. However, before and beyond the conditioning of whiteness, people of European descent had their own indigenous practices and cultures too. Know who you are and where you came from. Reclaim your ancestry, no matter how painful and complex.

Who are you beyond your conditioning around whiteness?

What does yoga and wellness look like beyond whiteness?

The last two questions are for ongoing reflection since I don’t know the answers. What I do know is that I offer deep bows of appreciation to all the visionaries, prophets, dreamers and heretics.

May we bear witness together to this new world that’s on her way and here and being born and is still just a sparkle in the eyes of those brave, hungry, compassionate, nurturing, yearning folk who believe in both the seen and the unseen.

For those who will plant the seed for a tree under which they will not get to enjoy its cool shade on a hot, summer day.

For those who did plant the seed for a tree under which they didn’t get to sit under but which I enjoy sitting under now. 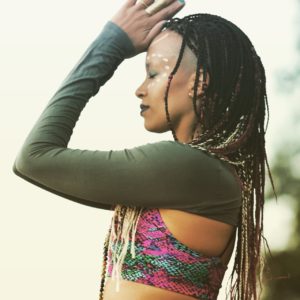 Wambui Njuguna-Räisänen is a Kenyan-American based in Finland, passionate about making wellness through yoga and meditation seamlessly engaged in equity and justice so that more people of the global majority can live well and thrive. Wambui is deeply inspired by spiritual teachers and communities that seek ways to apply the insights from our various practices and teachings to situations of social, racial, political, environmental and economic suffering and injustice. She would like to see wellness spaces engage more in social justice + collective change and activist spaces learn to breathe deeply and practice sustainable self-care in the midst of dismantling systemic oppression. This is her definition of community care. Visit wambuinjuguna.com and @wellnesswithwambui 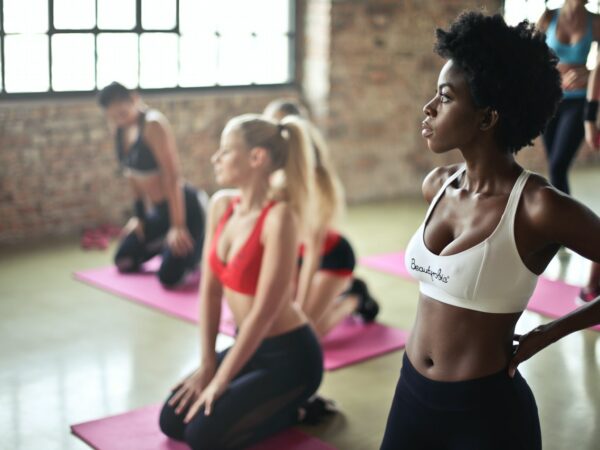 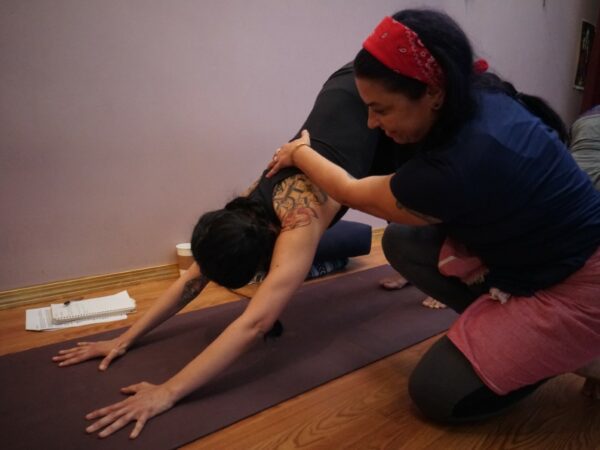 My Thoughts on Hispanic Heritage Month 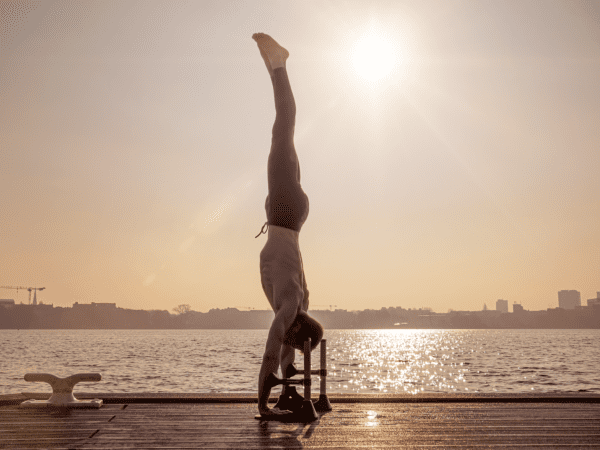 The Connection Between Handstand and Forgiveness