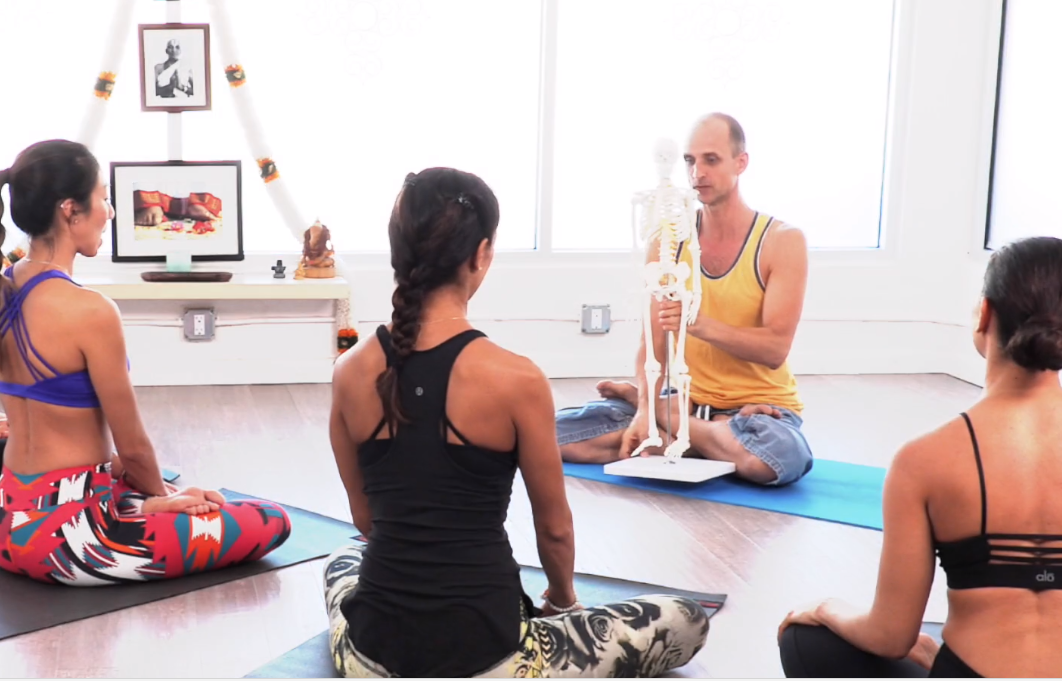 In yoga classes, you’re probably used to hearing your instructors guiding you to breathe using your diaphragm or what we often call, belly breathing. In this blog post, we’re excited to be sharing the knowledge of Dr. Long from Dailybandha.com regarding the diaphragm. In this article, he explains the action of diaphragmatic, or belly breathing, the benefits, various techniques and more. 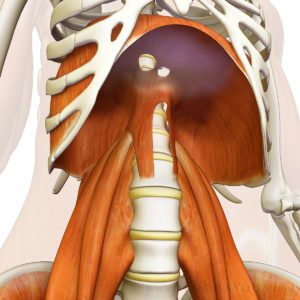 In diaphragmatic breathing, you actively expand the abdomen during inhalation. The abdominal expansion occurs via the diaphragm contracting and pressing down on the abdominal contents. Chest expansion is kept at a minimum in this type of breathing. Exhalation is a relaxed process and occurs through the elastic recoil of the chest wall and lungs.

Regular practice of diaphragmatic breathing draws the mental focus into what is known as the “belly brain”. It has a calming effect on the mind while, at the same time, potentially strengthens the diaphragm. I recommend practicing diaphragmatic breathing for 5-10 minutes per day. We have included a video link below to guide your practice and aid you in visualization of the movement of the diaphragm and abdomen.

How much does your diaphragm actually move?

The answer to this question depends on how deep of a breath you take and what part of the diaphragm you are asking about. The diaphragm is a sheet like dome-shaped muscle (when it is relaxed). Upon contraction, it flattens out and presses down on the abdomen. The net result is a negative inspiratory pressure, which draws air into the lungs.

Tidal, or resting breathing results in smaller movements of the diaphragm, while vital capacity breathing (as in a deep diaphragmatic breath) results in much larger movement. This is where you take a complete full inhalation. 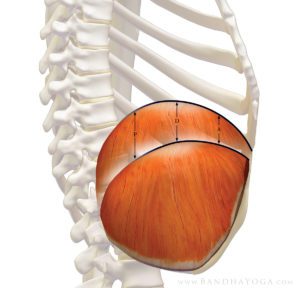 Does the heart move with your diaphragm when you breathe?

Yes, but not the full excursion of the posterior diaphragm. The pericardium, which is a sac surrounding the heart, has fascial connections to the diaphragm. Accordingly, the heart does move during breathing. Your heart is located more anterior on the left dome of the muscle, and so it moves less than the full excursion of the posterior portions of the diaphragm, but it moves significantly nonetheless. Click here for a video that illustrates diaphragmatic and cardiac movement during breathing (I recommend you start viewing at about the 40 second point, and later at about 4:00 for deeper breathing). This cineradiography video strikingly illustrates this process. (you may also want to mute the sound 🙂

Learn more about anatomy, biomechanics and physiology for your yoga in “The Key Muscles of Yoga”, “The Key Poses of Yoga” and the Yoga Mat Companion series. Click on any of these books to page through

This article was originally posted on dailybandha.com. Now put the techniques to practice, or learn more about yoga anatomy with Tim Feldmann on OMstars! 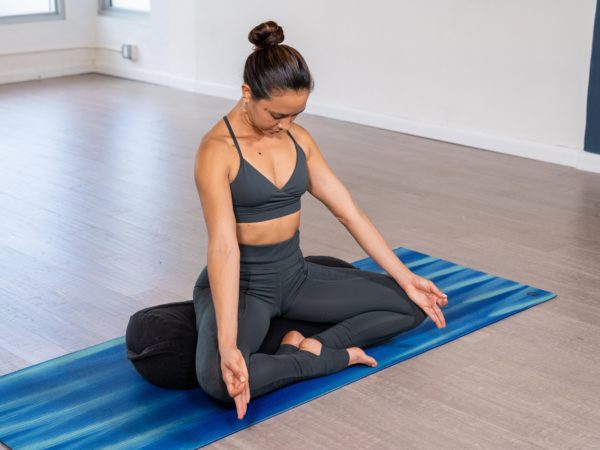 Sukhasana: Sitting Up Straight and Expanding the Chest Forward 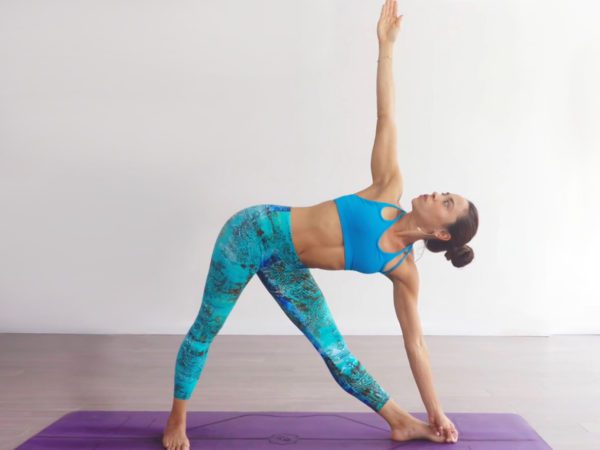 Co-activate Your Psoas and Quads in Trikonasana 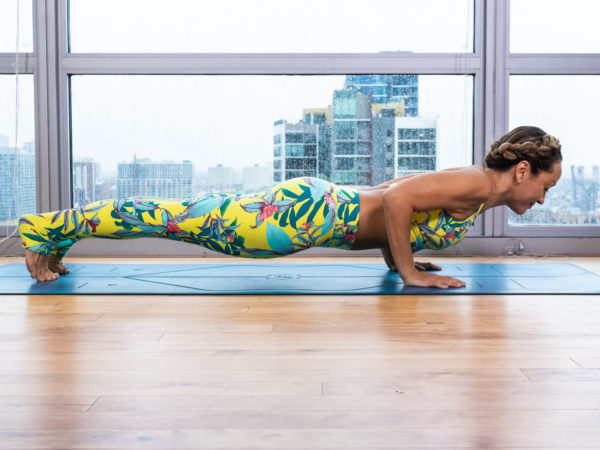