When I was a teenager, my grandmother would always ask me, “Why are these white women dying to be thin?” I guess she thought that since I’d grown up in an integrated community, I had the info on what white people were up to.
I did not.

Usually when she started in on this question, I’d shrug my shoulders or roll my eyes. Sometimes I’d take on the deadened expression characteristic of a 16 year old. She’d eventually drop it and let me go back to watching Yo! MTV Raps. In hindsight, her confusion was understandable. My grandmother grew up in the Jim Crow south. In 1940s Atlanta, poor black folk weren’t doing their utmost to lose weight. Eating regular meals was a triumph. She’d once told me that one year her parents had given her oranges for Christmas, and it was one of her happiest memories. You can imagine her befuddlement upon arriving in Pasadena, CA in 1960. For the first time, she was living near and working with tons of white women. A lot of them were trying to “reduce,” the fashionable way to describe dieting in the 1960s. What was this all about, really? I used to think she’d never found a satisfactory answer to the question in her lifetime. For my part, I was too busy in the mid-90s trying to master the choreography to Brandy’s I Wanna Be Down to engage her decades-long query.

My change of heart came in 2003.  I was working at an HIV medication adherence clinic in the Bayview Hunter’s Point neighborhood of San Francisco. It was my job to interview the patients about their drug use, their housing situation, and whether or not they were taking their meds. One day, I’d interviewed two different women, a light-skinned black woman and a white Latina. Both had refused to take their HIV meds because it might cause them to gain weight. My mind was blown. These women, whose HIV had advanced to AIDS, were willing to risk death, rather than gain weight.  I thought back to my grandmother’s question and noticed that she seemed to be on to something. Today, no community in the U.S. is unfamiliar with the thin ideal. But, scholars like Naomi Wolf and Kim Chernin had long shown it was white women who had, historically, been most invested in slimness. But why?

This became the topic of my book Fearing the Black Body: The Racial Origins of Fat Phobia (NYU Press 2019). In the book, I show that in the Western world, the widespread fear of fatness—and particularly fat women—developed in tandem with the growth of the transatlantic slave trade. At the height of slavery, race scientists claimed that Africans were commonly what we might today call “thicc” but they called “robust.” Black people’s purported sturdy frames made them ideal laborers, and also proved their wanton and “low” natures, as they would supposedly readily succumb to their animal appetites.This discourse proved particularly salient for women in the U.S. Self-described Anglo-Saxons wanting to prove their racial superiority elevated fat phobia and its mirror image, the thin ideal, to new heights. They openly proclaimed fatness evidence of blackness and racial inferiority. Anglo-Saxon women hoping to justify their place in a racial hierarchy were told routinely that they’d better keep their figures trim. Fatness was evidence of racial “un-assimilability.”  To put it plainly, there is clear evidence that the original drive to slenderness among white persons was motivated, partially, by anti-blackness, and fears of racial integration.  Practical Amalgamation by Edward Williams Clay, 1839. This image was one of many suggesting the absurdity of desegregation. Integration would make white men stoop to wooing black women, whose presumed “savagery” was evinced by their weight.

Practical Amalgamation by Edward Williams Clay, 1839. This image was one of many suggesting the absurdity of desegregation. Integration would make white men stoop to wooing black women, whose presumed “savagery” was evinced by their weight.

It seems my grandmother had been on to an important development in American history that had been under-theorized. She had seen it in 1960 as a black woman in her late 20s, traveling from Georgia to California as part of the Great Migration. With my grandfather and their two kids in tow, they were among the black families integrating their little slice of Los Angeles county. Meanwhile, she was meeting scores of white women who were (undoubtedly unconsciously) invested in a 200 year-old practice intended among other things, to reveal the farcical nature of black-white integration. My grandmother died in 2000. I never got to tell her that I’d took the time to research her question. That I’d gotten a few answers for her. I used to feel a way about that. But then I realized, she already knew.  My grandmother didn’t have more than an 8th grade education. She’d left school young, took up work picking cotton. But Alma Jean was nobody’s fool. I came to realize the question itself was the answer. The way she’d shake her head and suck her teeth. She’d grunt, “uhnt, uhnt, uhnt” every time she saw a character on one of her favorite soaps squeeze themselves down to unholy dimensions. She’d called on me not as a scientist, but as a witness. This right here was racial.

How does this relate to yoga, you ask? The answer is simple. Yoga spaces are also frequently segregated. Several articles in the mass media have interrogated the whiteness of yoga studios. Larger bodied persons, too, often feel unwelcome or ostracized in yoga spaces. When practitioners happen to be people of color and larger bodied, their alienation is magnified, as I describe in my article “Black Women are Undeniable.”If we expect yoga to be a practice that can benefit everyone, we first have to face our culture’s inherent anti-black and fat phobic biases. But, isn’t fat stigma somehow normal or justified in the context of the “obesity epidemic” in the U.S.? As I explore in my book, the anti-blackness of fat phobia has existed long before the “obesity epidemic,” and fear of racial others was present even the medical disdain for “excess” weight. 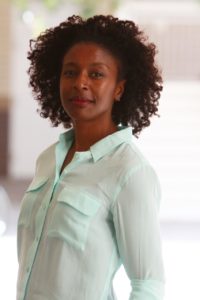 Sabrina Strings, Ph.D. is Asst. Professor of Sociology at the University of California, Irvine. Prior to coming to UCI, she was a UC Berkeley Chancellor’s Postdoctoral Fellow with a joint appointment in the School of Public Health and Department of Sociology. She has been featured in The Feminist Wire, Yoga International, and LA Yoga. Her writing can be found in diverse venues, including Ethnic and Racial Studies; Signs: Journal of Women in Culture and Society, Fat Studies: An Interdisciplinary Journal of Body Weight and Society and Feminist Media Studies. She was the recipient of the 2017 Distinguished Contribution to Scholarship Article Award for the Race, Gender and Class section of the American Sociological Association. Her new book is titled Fearing the Black Body: The Racial Origins of Fat Phobia (NYU Press 2019). It has been featured on NPR, KPFA and WNYC, as well as three “must read” lists. 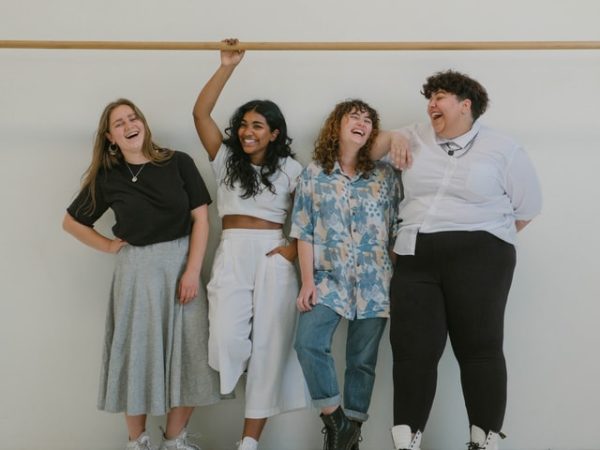 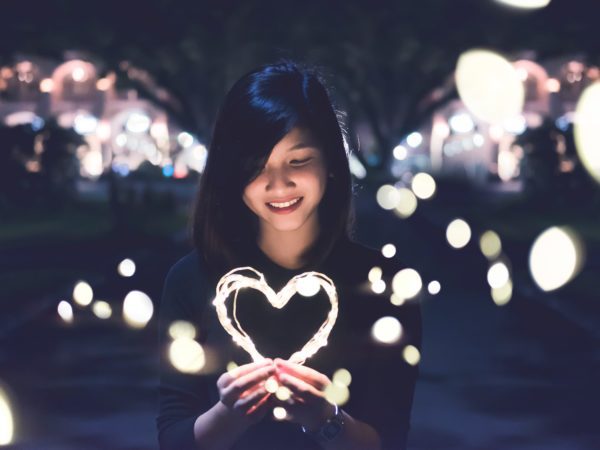 Embracing Growth and Continuing to Commit to Body Acceptance 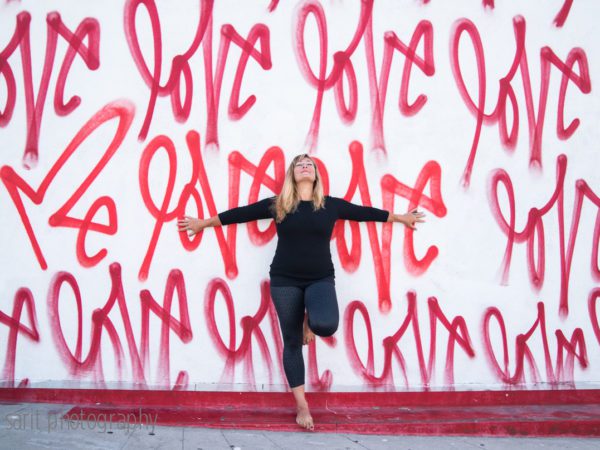 How I Called a Truce with My Body