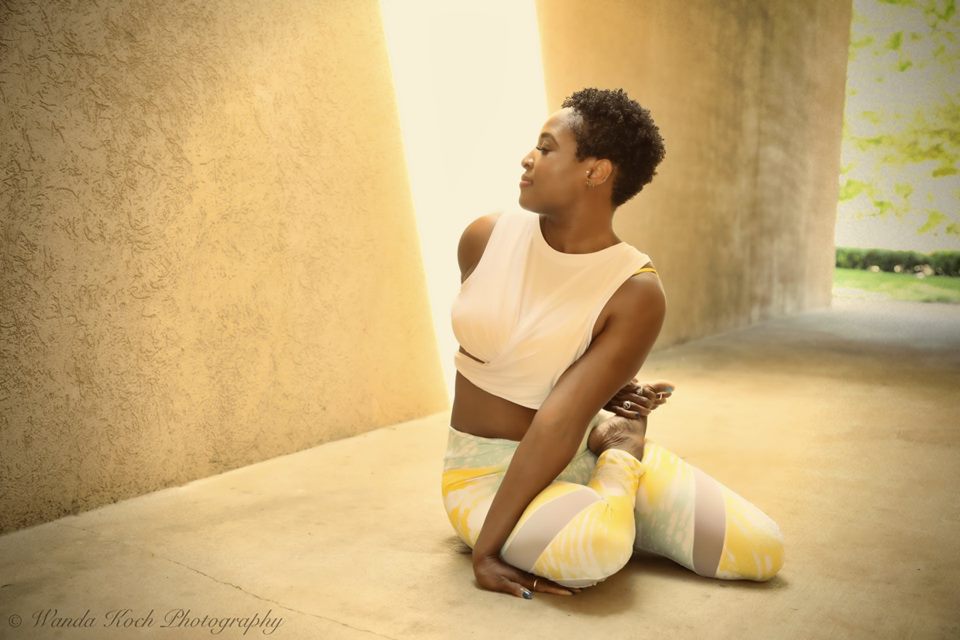 Why Knowing the Difference Between Intent and Impact are Important on the Yogic Path.

An important part of the yogic principle of Ahimsa, non-violence, is understanding that intent and impact are not the same.  There is a lot of wisdom to unpack in the old Christian saying, “The road to Hell is paved with good intentions”. Even if our intentions are good, if our actions result in negative outcomes, we still have to pay the piper.  As the saying suggests, if we don’t atone for our behavior, the results will be the same as someone who had bad intentions; both are going to Hell. For you, this Hell may not be a lake of fire and brimstone, but instead a world full of pain and suffering.  If we are to call ourselves yogis, we must own up to how our actions, even when we didn’t mean anything by them, cause harm.

There is no way to live on this earth and never harm anyone. Ahimsa is the practice of doing the least amount of harm possible; emphasis on “least”. Ahimsa is a part of the Yamas or Great Vow, that a yogi on the 8 limbed path of Patanjali or Raja yoga, takes.  When a yogi takes this vow, she cannot break it regardless of class, time, place or circumstance.  She is always asking herself, “is this the least amount of harm I can cause in this situation?” Nonviolence is the most talked about Yama in yoga because it is pretty easy to grasp and apply and it is palatable to most humans. Most of us can agree that we don’t want to be hurt.  Ahimsa, when things are going our way, is simple.   However, are we also using it when things become uncomfortable?

The easiest way to shut down (attempt to anyway) an uncomfortable topic in the yoga world is to belabor positive intent.  The yoga world is seeing the rise of people speaking up against the commercialization and commodification of yoga, the erasure of the culture it came from, the worship of able bodies, inaccessibility, privilege, appropriation, spiritual bypassing and corruption.  If you are being accused of any of these, stop, breathe, then ask yourself, “Does my intent actually match the impact?” Understand that, as a yogi who has taken the great vow of Ahimsa, it is your duty to consider the impact your actions have on the world and to seek to do as little harm as possible. It not only means that you must change your words but you also have to change your actions. At the very least, own up to it and apologize.

If you look back in your memory, you will probably see that you have been hurt by someone who had good intentions. Someone who had no idea how deeply their actions impacted your life but they did. Is it unreasonable that you may be guilty of the same? Can you give someone else the apology that you yourself have always wanted? Can you exemplify the changed behavior that was not exemplified for you? Can you give the kindness and understanding you craved to someone who is also seeking kindness and understanding? As a yogi, I should hope so. This may be uncomfortable but without examples, it is easy to purport innocence.  It is easy to act the saint of  the yoga world. These examples are meant to get you thinking. They are meant to empower you with higher levels of discernment that increase your capacity to apply Ahimsa and contribute to the reduction of harm.

Anybody can do yoga

The intent of is to present an open and welcoming environment for people who are new to Yoga. However, what happens when they actually cannot do your class? Maybe the class is moving so fast that you cannot stop and help them. The class might be so busy that you cannot spend time helping them. Do you truly know options that anyone can do and can you give the student those options as they practice? What is the possible impact to a student who cannot do the practice you just presented? They could leave feeling not only that yoga is not for them but also feel there is something wrong with them because they cannot do a class that, according to you, everyone is supposed to be able to do.

Classes in exchange for cleaning

The intent is to provide a means for students who cannot afford yoga, to be able to practice. What are some possible negative impacts? Instead of feeling like they are a part of the community, they feel like “the help.”  Most people have an unconscious bias towards people like waiters, handymen, or house cleaners. They are expected to be in the background.  They move around doing their work and are largely ignored. This student could easily spend their time at your studio on the fringes feeling isolated and alone.

Not having anyone of color represented on your staff, on your list of presenters, your book or magazine.

The intention is simply to hire good teachers and present the best information.  In this case, they all just happened to be White. What are some of the possible negative impacts? POC feel excluded, unwanted and that their expertise is subpar. Another negative impact is that you have a staff or panel of people who have an implicit bias toward the experience of being White. This results in a very skewed, and often times unrealistic and untrue view of the information presented.

Thrust me, being White in the yoga world is a different experience from being Black or Brown in the yoga world.  You may say, “information is information”. Take a breath and really think about it. It is well known that historical information is always skewed towards the people talking about it.  Take this excerpt from History.com on the Civil War, “Northerners have also called the Civil War the War to Preserve the Union, the War of the Rebellion (War of the Southern Rebellion), and the War to Make Men Free.

Southerners may refer to it as the War Between the States or the War of Northern Aggression. In the decades following the conflict, those who did not wish to upset adherents of either side simply called it The Late Unpleasantness. It is also known as Mr. Lincoln’s War and, less commonly, as Mr. Davis’ War.” This same thing happens with yogic information. Trust me. All good teachers can acknowledge their own implicit bias towards the information they are presenting.

For instance, I absolutely have an implicit bias towards Ashtanga and I totally view all yogic information through the lens of Ashtanga. I absolutely know and acknowledge that I have a filter that looks for information to support my Ashtanga practice and, that If I am not careful, I will throw out or not acknowledge anything that goes against it.  If I were to put together a panel to talk about Ahimsa in the broader context of yoga, to offset my bias, I would need to invite non-Ashtangis to speak. Does this make sense?

If you just work hard enough, you can do any yoga pose your heart desires.

The intent is to uplift and motivate. Some negative impacts are people hurting themselves doing poses that are not meant for their bodies, people quitting yoga because, since they cannot do the poses, it is obviously not for them and a feeling of being a complete failure and worthless.

We are all one

This statement is dependent on the situation. The intent is to create unity and inclusiveness however the impact can be the opposite. To someone who is communicating that they don’t feel comfortable and accepted, to say, “we are all one” does not address the reason why they don’t feel comfortable or accepted. In this example, “We are all one” is spiritual bypassing at it’s finest. Dr. Robert Augustus Masters, PhD defines spiritual bypassing as, “the use of spiritual practices/beliefs to avoid dealing with painful feelings, unresolved wounds and developmental needs”.

Saying “we are all one” when someone is hurting because they feel otherwise, shuts the discussion down and stops all positive possible solutions. For instance, if a South Asian practitioner is saying that they don’t feel represented by a panel of White people, “saying we are all one” does not change the fact the they are not represented. I can go on and on with these examples and I am sure that you have many you can add as well. Were you able to see how impact and intent are not the same? In each of the examples, could you see how more Ahimsa or less harm could be done? As a yogi, who has taken the vow of decreasing suffering in this world, do you understand how the question of impact vs Intent must be a part of your spiritual practice? I hope so.

Shanna Small is the mind behind, The Ashtanga Yoga Project, a website and home for information on how to use the wisdom of Ashtanga Yoga in Modern life. Shanna Small has been practicing Ashtanga Yoga and studying the Yoga Sutras since 2001. She has studied in Mysore with Sharath Jois and is the Director of AYS Charlotte, a school for traditional Ashtanga in Charlotte NC.  She has written for Yoga International and the Ashtanga Dispatch. 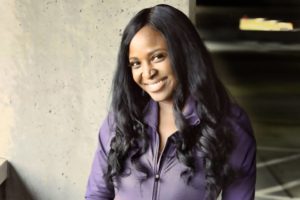 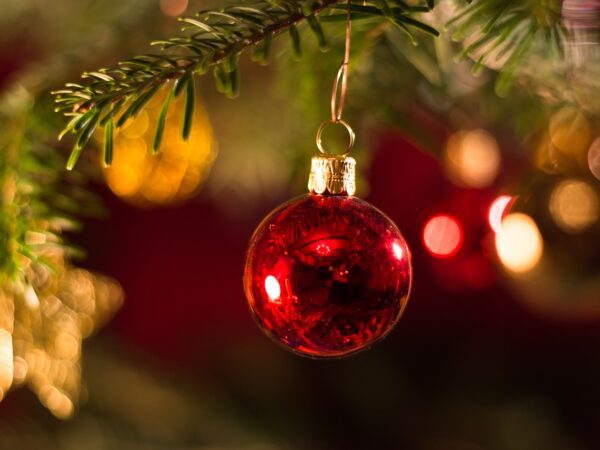 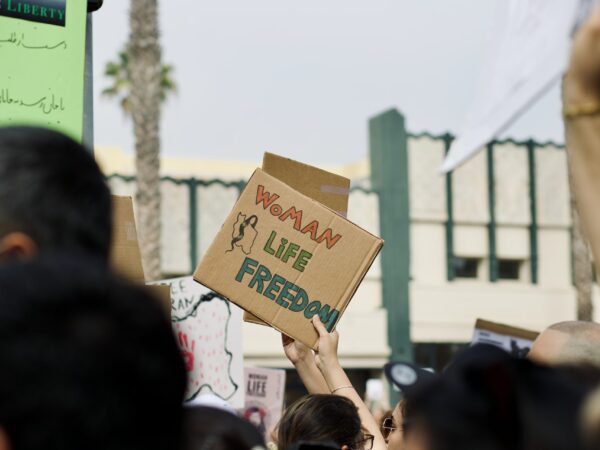 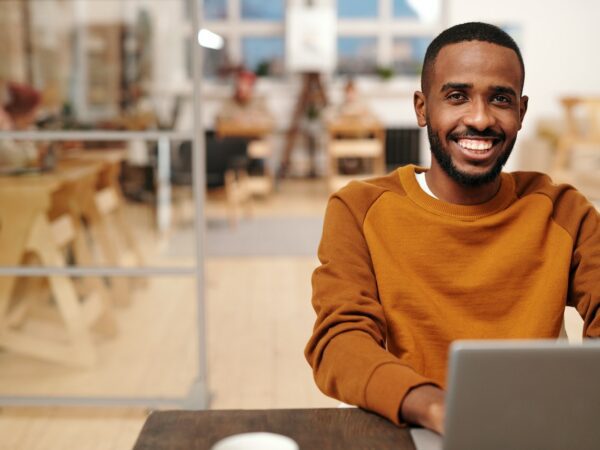 The Yamas as a Holistic Model for the Workplace