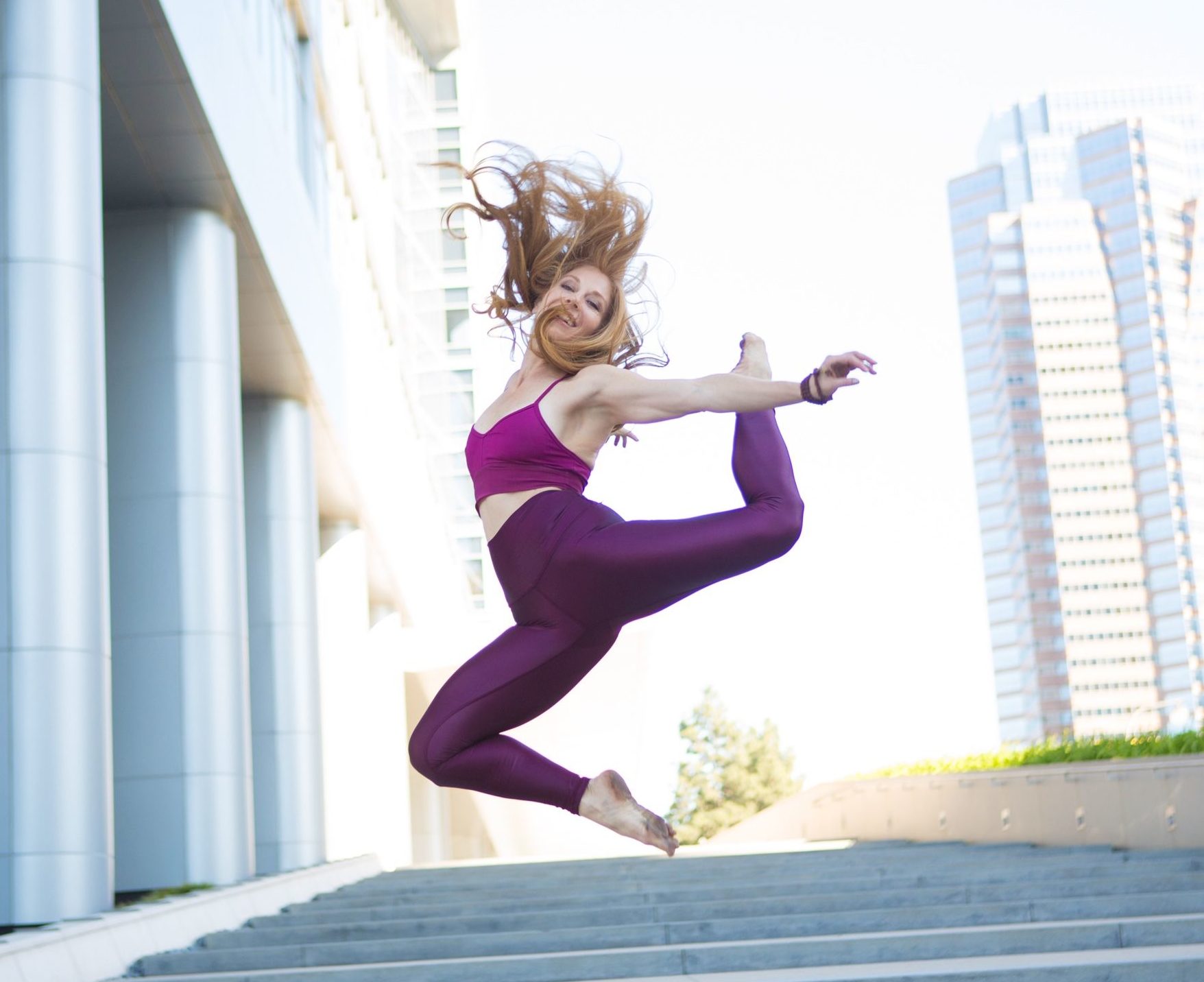 My whole life had been driven about competition.  I was competing at a very young age, training at an elite level from the time I was ten years old.  Training eight hours a day.  It was all about competition and what the body could do. I would say by the time I came to yoga that I didn’t know what movement was that wasn’t in the name of competition. Whether it was for dance and being picked to be in the performance, or to be picked to go to special school, or was it to train your body so you could jump higher, flip faster, get into the water with no splash.  All the movement had a very specific reason to achieve a goal.  I think the biggest struggle, maybe at first, would have been to like, A) this is not about competition B) it’s actually not even about what poses I can do.  And letting go of that, and just allowing the practice to be a practice, because that was very foreign to me, but also because I had done so much athletics in that way, it was almost a relief that it didn’t have to be that way.  Once I got that. This isn’t about me learning handstand, it’s not me being able to put my foot to my head, but I had never done anything that wasn’t goal oriented movement before. Once I got over that I felt such freedom in the practice and I enjoyed it so much more.  It was about the love of being in my body.  The love of being present with the sensations that were in my body.  Also being connected to the other people on their mats, or being connected to the teacher, and the energy we were creating together.  It was getting over the fact it was okay, that based on my injury, that I couldn’t do some of these “advanced poses” and that wasn’t going to limit me in the potential of how my yoga practice could serve me. I think getting over that was a pretty big milestone for me.

What is yoga favorite yoga pose and why?

One of my favorite poses is handstand, and it’s just because it’s fun. I’m not practicing handstands on ledges. I just do it for fun. It reminds me of being a kid. It opens up that exuberant energy in me more and more. I just like to be upside down. There’s that monkey in me from being gymnast and a diver from a young age that still really enjoys that. I also really like Shivasana [laughs] because I think we’re all really tired and having that deep rest, like having that permission for deep rest is really welcome a lot of the time.

What has been the most inspirational moment you’ve experienced as a yoga teacher?

One of the things I’m known for is this yoga dance collaboration.  It comes in two forms. One is called Sol Fire and the other one is called Deep Exhale.  It is a combination of meditation, movement meditation, yoga, dance, eccstatic dance, and going back into yoga, and sound healing.  It has been one of the practices that has brought me so much joy to share. It’s been so healing for my own life and seeing the response, like actually, the visceral response in people’s faces and people’s bodies from these experiences.  I feel bad sometimes because I’m getting so much from it, that I’m like, “I hope my students are getting half as much as I am.”  There was one in particular experience, it was in 2017 at the Lightning in a Bottle Festival.  It was the Deep Exhale with my partner Marques Wyatt, he is a world renowned DJ.  It was like a vortex in this tent. We had about 700 people, and there were as many people surrounding the tent as that were inside.  The whole tent was pulsing with energy.  Everyone was jumping and lifting.  Feeling that energy and connecting with the students in that way, and seeing the ripple effect of this positive alignment and connection when we connect to what’s inside, and how we can allow it to express out. Really witnessing the reason why we put this yoga dance together and witnessing it being revealed in front of us. This really does work, and this really does light people up.  And it’s really bringing people into their power, and they’re having a really amazing time in the process.  That is one that in that moment it was, like, wow, this is it. This is it.

Why do you practice?

Why do you teach?

Because I can’t not.  I do not want anyone to not have access to these practices that have helped me. I assume if they have helped me, they’re going to help other people. I teach because I want to share, with people, the transformative power of yoga in all forms.  So that it can be of service to as many people on this planet as possible.  Honestly, I’ll also say, I’m my best self when I’m teaching.  I hope I can continue to become a better person through becoming a better teacher.

What is the single most defining issue facing the global yoga community today?

Inclusivity.  That you do not have to be a certain size, sex, weight, sexual preference, religion, culture, socioeconomic status to be a part of this practice. That we can open up the doors to bring these practices to everyone, so no one is left out, and no one feels left out. That they have to be a certain thing to be able to do yoga and to have this healing modality of what yoga is. I really think making this practice not a practice that’s just for the privileged, and that is a practice that is for everyone.  There are other benefits of how social media is reaching more people to bring yoga together, but I think that, for me, is really wanting to open a) what yoga is, and b) to make it so inclusive that everyone can benefit from this practice in the way I have, or in their own unique way.

All of us embracing our shadow.  That yoga is not just peace and love and everything is going to be rainbows and sunshine and unicorns just because I’m doing yoga.  There is this notion sometimes that yoga is only about this liberation toward the light.  And, of course, that is part of the practice, but we can’t truly liberate and find freedom until we go down into ourselves. Until we go down into our bodies, go down into the really the guts of it.  To go down even into the metaphor of the Earth, into the dark fertile soils, back into the womb and address what is the root of everything.  So that we’re not suppressing, we’re not denying, we are not further oppressing anything, and putting this spiritual, “oh but it’s all peace and light,” gaze over it all. I want to say that as a community at large as an individual for myself, so much of my work is about embracing the shadow versus turning my back to it, and doing the work necessary so that I can transform.  So I can liberate.  So I can truly find freedom, and I’m also not going to harm another in that process.

Do you have any recommended yoga reading?

My favorite book that travels around the world with me, everywhere I go, it’s very batted up, is called the Radiant Sutras.  It is by Dr. Lorin Roche, who is one of my teachers and mentors.  It’s poetry as far as I’m concerned. It’s different, it’s basically the awe and wonder, gateways into the awe and wonder of what it is to be alive.  It’s a conversation between the God and the Goddess, about life.  And it’s different gateways, we could say, into meditation.  Each of these sutras are just dripping with poetic beautiful words. I am in love with the language.  It’s a living breathing text.  That is, hands down, my favorite yogic text.  Check it out, for sure.

What is your dharma, your life mission?

There are still parts of it that are being defined, and I know that.  Right now, one of them is, I want to wake people up. I want to shake people up. I want to bring these practices of yoga, and dance, and music to every single corner of the world. I want to help people feel grounded in their bodies, integrated with who they are and help them stoke the belief in themselves, that they can do everything and anything that they put their energy and attention towards. I want to inspire, I want to empower.  I want to get people moving and breathing in a really conscious, but fun, way.  That’s my mission right now.

What advice would you give to someone who is just starting out on their yoga journey?

Find a practice, and a teacher, that you deeply resonate with. 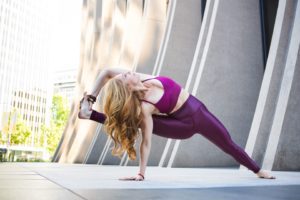 Practice Yoga with Cristi on Omstars 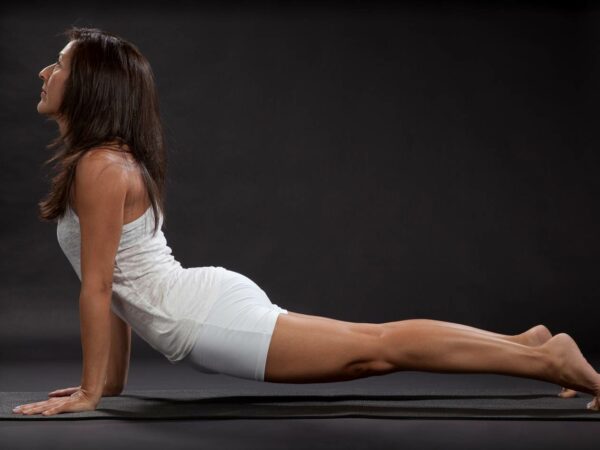 An Interview with Rosa Santana 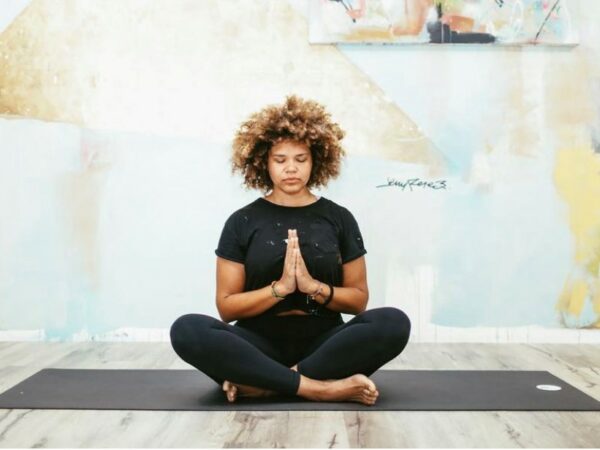 An Interview with Jenny Perez 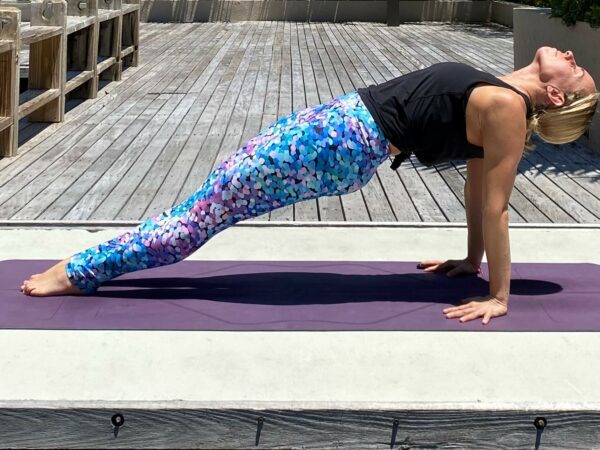