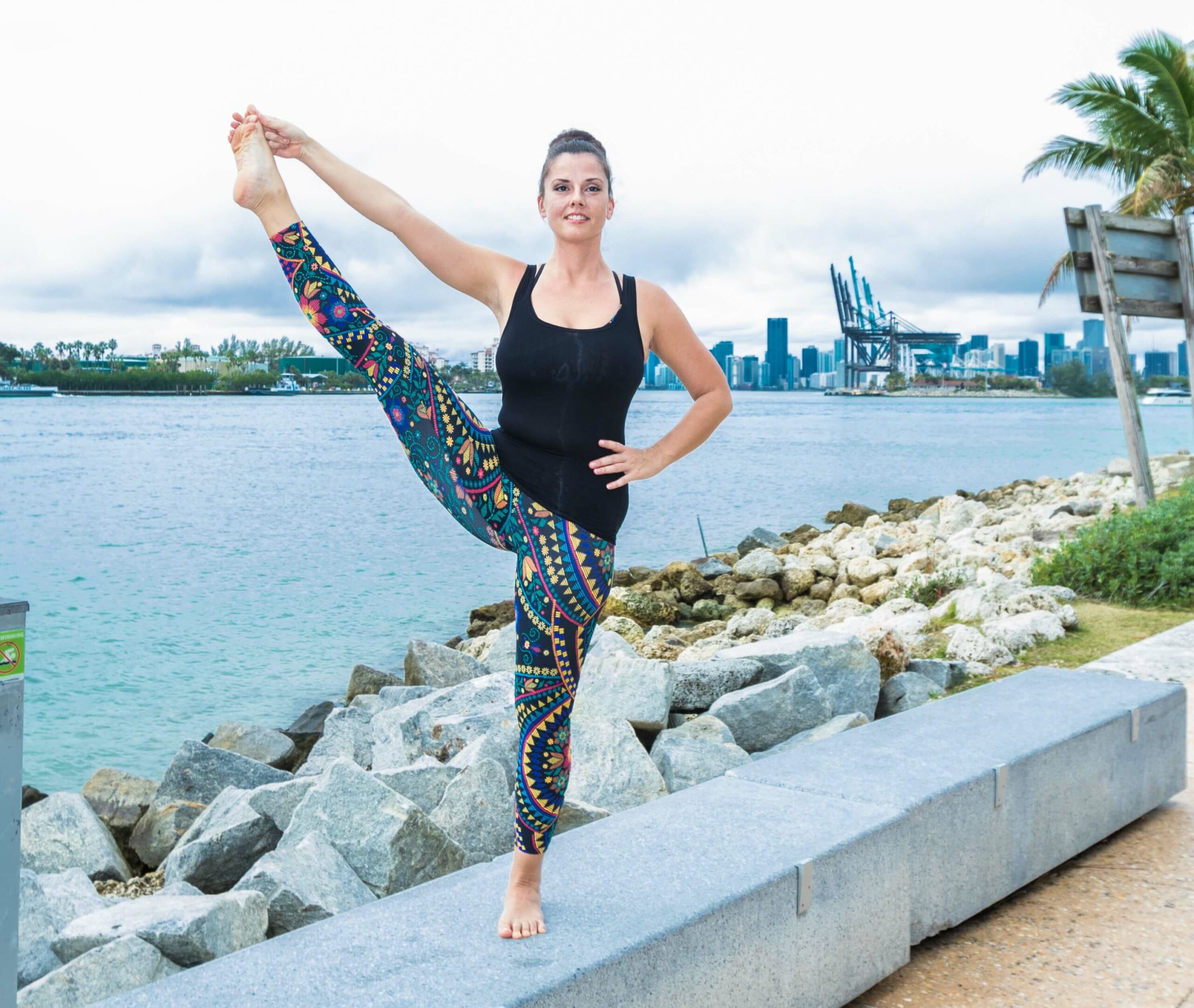 If you have been doing the same primary series practice every day for many years, it can be incredibly helpful to re-inspire your connection to your yoga and your body by exploring something new.

In the Ashtanga method of yoga asana, progression is traditionally guided by an instructor, someone who has an established relationship with the student and an understanding of the student’s body and practice over an extended period of time as well as circumstances beyond the body that may have an effect on the practice. But for many of us, there is very little tradition in the way we’ve been approaching our practice lately.

When life forces us into a primarily home practice, or even just an unpredictable routine, and we are our own guides through our yoga, it can be hard to know when it is time to move forward, particularly when contemplating the shift into the intermediate series. But there are some cues that will give you insight into whether or not it is time to make that leap. And I know, it can definitely feel like quite a leap.

When to start Ashtanga intermediate series?

One of the first things to consider is the quality of your primary series practice. While it is important to have regular and consistent experiences with all of the postures of primary series before moving forward, it is more than just being able to do them. It is also about how the nervous system is experiencing the practice. Erratic breathing, pounding heart, shaking muscles, an energetic sense of being ungrounded, stressed, or off in lala land are all signs of an overstressed nervous system.

It is possible that the postures themselves can be fully expressed, but the body is shaking and the focus is all over the place. This is not the time to move into the intermediate series. The second series of Ashtanga yoga is designed to challenge the nervous system, so be sure to begin from a place of foundational steadiness, developed over time through the primary series.

Sometimes it may be appropriate to move into intermediate series even if the binds are not all there, or the legs are a little bent when they should be straight, or it takes a few extra breathes to enter a posture, or we are still in the process of building strength and releasing tensions. It is essential to develop a steadiness of breath and an ease of mind amidst the obstacles, whatever they are for you. If that steadiness is elusive, you may already be doing too much. Pull back and then move ahead slowly and gradually, one posture at a time.

We also want to honor and acknowledge the systematized and purposefully arranged nature of the sequence. There are many postures in the intermediate series that directly build on patterns, strengths, and openings that are established in the primary series. And just as we built our way, pose by pose through the primary series, we approach each posture in intermediate series one at a time.

Take the first posture of intermediate as an example, pasasana. Being able to fully express all elements of this challenging pose is dependent on the integrity and depth of your ustrasana and marichyasana c and d of primary series. If those postures are a challenge for you, pasasana will be elusive. That being said, there is still work in pasasana that can be explored and may benefit your practice overall, even if you can’t manifest the full experience.

The same is true of the second posture in intermediate series and a few midway through. They won’t cause any harm in the body if you explore them too soon, they simply won’t be easily available.

Because the primary series is so heavily focused on forward folding, many students would benefit from the balancing work of the intermediate series backbends, and most are relatively safe to attempt on your own. A common guideline in the practice says that a student must be able to come up to stand from backbends in order to progress into the intermediate series. This is primarily a guidepost and indicator of certain strengths being integrated, specifically regarding the bandhas and is meant to protect you from harm. But many of the intermediate series backbends can be supportive of that strengthening process, if approached mindfully and with bandha awareness and the proper technique that must be established first in primary series. The indication that these are established is again, the ease at which you are able to move through your practice, with a steady and controlled breath and a certain effortless quality.

Kapotasana is a posture that is directly dependent on the drop-backs at the end of primary series. So consider how you are experiencing the drop-backs and allow that to inform whether or how you approach this intense intermediate series posture. Every pose is built on something that comes before, so keep looking back and asking yourself, where in the practice can I do this work to be ready for this posture?

Work mindfully and slowly, honoring the process, recognizing that there is no skipping steps and anything that is challenging in intermediate series can likely be traced back to something in primary series that needs more attention, more understanding, and more integration. Be willing to regularly go back and re-examine what you thought you knew about your primary series practice. Once you move on, those foundational poses are not finished. They are still ever-evolving based on what you continue to learn.

Another powerful and valid cue that it made be time to move forward into intermediate series—one that is often overlooked or under-valued—is the feeling of being stuck and uninspired. If you have been doing the same primary series practice every day for many years, it can be incredibly helpful to re-inspire your connection to your yoga and your body by exploring something new. It can also be invigorating to the nervous system and help to shift settled patterns that may need some shaking up to evolve. The postures of intermediate series may help shift perspective and give insight into your primary series experience, giving you new focus and intention.

Remember that every body is different. If you are primarily self-practicing, it can be hard to know when it is time to challenge yourself, especially when it comes to a shift like moving into the next series. Be honest with yourself about how your practice is feeling for you and be willing to experiment. There is no absolute right or wrong way, but if you go slowly and progress mindfully and carefully, you will find your path. 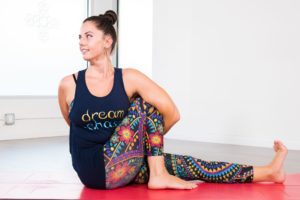 Angelique Sandas is a lifelong student of movement and the interconnectedness of mind body and spirit. It began with gymnastics and dance, initiating her love of movement, the body’s natural way of expressing ideas, emotions, and experiences. Angelique received her B.A. in dance from the University of Minnesota, graduating in 1999. It was during these years that she was first introduced to yoga. In yoga, Angelique’s relationship with movement developed new depth and meaning. Movement became a path to profound inner transformation. She was inspired to share what she was learning and felt drawn to teach. In 2003, Angelique traveled to Thailand to study with Paul Dallaghan in the Ashtanga yoga system as taught by Sri K. Pattabhi Jois and received her teaching certification. She has also studied pranayama and yogic philosophy with Sri O.P. Tiwari of the Kaivalyadhama Institute, India and received advanced anatomy and adjustment training from David Keil. Until 2007, Angelique taught and practiced in Chicago. She then moved to Miami Beach where she worked closely in the Ashtanga method with her teacher and mentor Kino MacGregor as well as Tim Feldmann and Greg Nardi at Miami Life Center. Angelique ran the Mysore program at Shanti Yoga Shala in Philadelphia, PA in 2012 – 2013 and Delray Yoga Shala in Delray Beach, FL. 2014 – 2016. Currently, Angelique runs a Mysore program Ashtanga Yoga Palm Beach at Yoga Path Palm Beach in West Palm Beach, FL. She has had the opportunity to study with the Guru, Sri K. Pattabhi Jois, and continues her training with his grandson, Sri R. Sharath Jois, in Mysore, India. During her 2011 visit to study in Mysore, India, Angelique received Authorization to teach Ashtanga Yoga from Sri R. Sharath Jois. She remains a dedicated instructor and a devoted student of yoga, growing into the potential of the spirit through it’s physical expression. 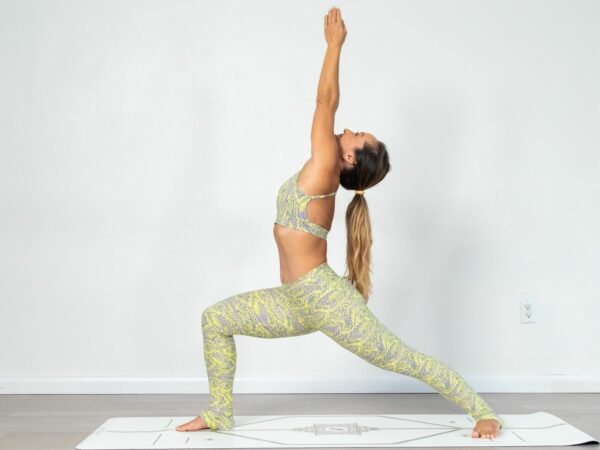 How to do Surya Namaskar B (Sun Salutation B) 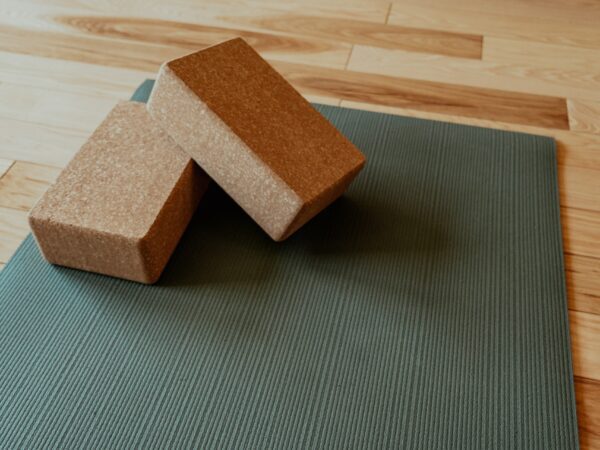 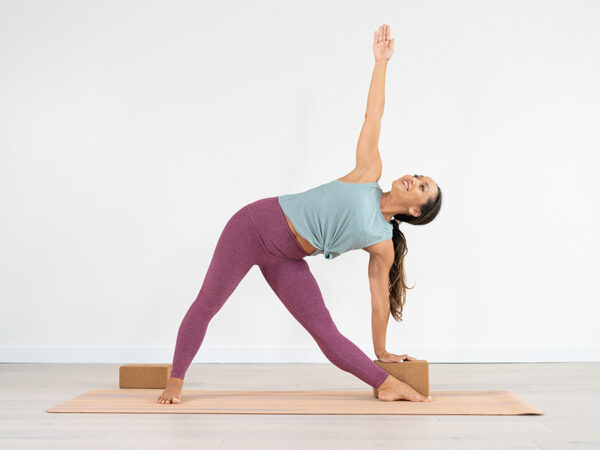 Ashtanga Yoga: Everything You Need to Know