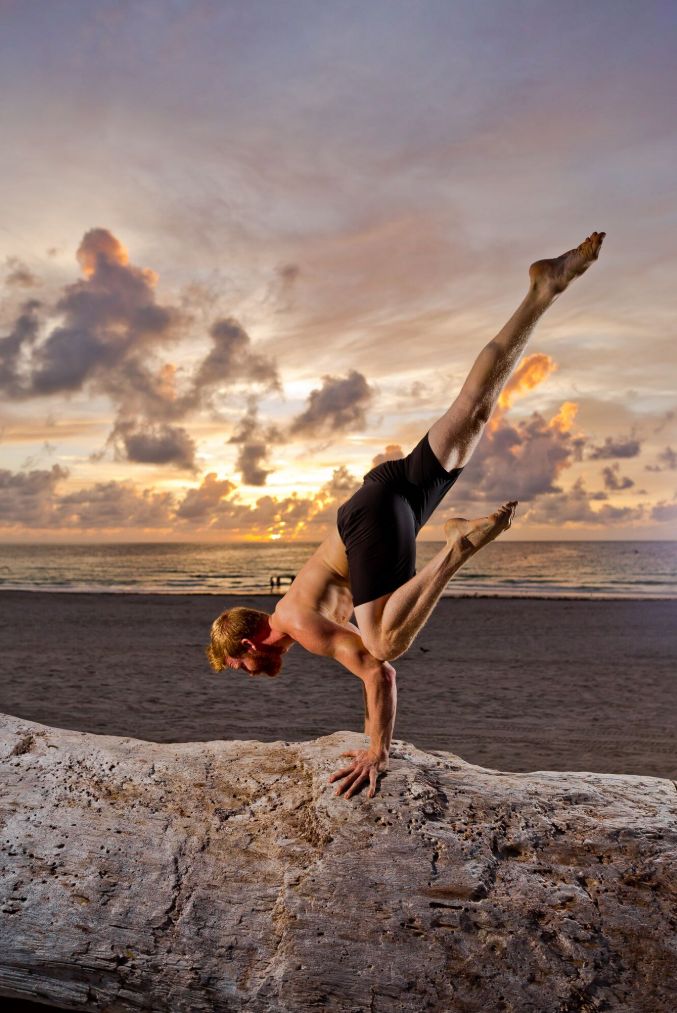 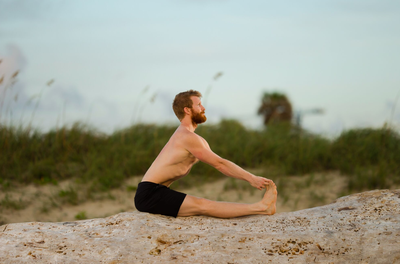 A self-described “Handstand-Up Comedian,” Carson combines his love for being upside-down with his natural ability to make people laugh. During his classes, workshops, and retreats, students are encouraged to push their limits and explore their edge, while maintaining a playful attitude. In every instance, one can be sure to break a sweat, learn something new, and leave with a smile on his or her face. After years of encouragement from his mother, Carson began practicing yoga in 2010. He did his first 200 hour teacher training in 2011 at Little River Yoga and has since studied Ashtanga Yoga with David B. Keil and Rocket Yoga with David C. Kyle. As a movement enthusiast, Carson incorporates a variety of disciplines into his yoga classes, which focus on building a strong mind and body. Carson is an E-RYT 200, YACEP | International travel yoga instructor | Gold Medalist in the 8-and-under freestyle (swim)

Join Carson Calhoun for a course that combines elements from his two favorite styles of yoga, Ashtanga Yoga and Rocket Yoga. This course offers a fun mix of intense an...

Carson Calhoun’s teacher development course is designed to help you add more inversions into your yoga practice. This course consists of 5 units, each of which you can...