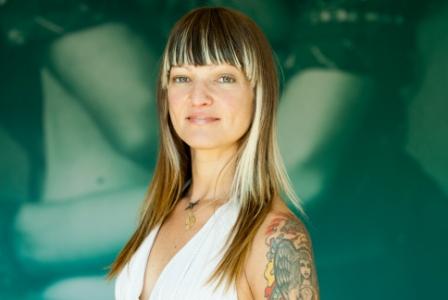 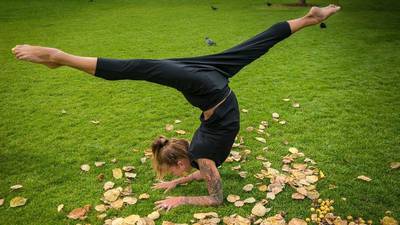 Durga Devi, the name given to Denise Teperino by her beloved teachers, Sharon Gannon and David Life, is a former dancer and competitive gymnast who grew up in New York City. After high school, she studied fashion design at the Fashion Institute of Technology and hung out in Manhattan’s East Village soaking up the downtown music and art scene. She was introduced to Jivamukti yoga in 1994 by close friends. Asana practice felt very natural to her, but it was the chanting, the philosophy and the ancient and holy teachings of yoga that really hit home. Durga is one of the original teachers of the London Jivamukti Yoga Centre. She is Advanced Certified in the Jivamukti method and taught at the Lafayette street New York Centre for over three years before moving to the UK to assist with opening Jivamukti Yoga London centre in early 2005. Durga Devi has evolved from an NYC indie rock singer to being one of the in-demand yoga teachers in the UK, definitely one of its most rock’n’roll. She has London’s hippest crowd squeezing their mats into her classes (devotees include Sam Taylor-Johnson and Thandie Newton). With her glowing energy and edgy tattooed look, Durga manages to make chanting and chakra balancing fun and cool; plus, the physically challenging Jivamukti-style she teaches produces a graceful, honed dancer-style body. Durga’s authentic approach is the real deal – down to serious mat work, hard study for over 20 years and 15 years of teaching from New York to London, throughout Europe and India. Jivamukti classes integrate the physical, psychological, and spiritual aspects of yoga. Classes include vinyasa based asana practice, hands-on adjustments, breath awareness, meditation and deep relaxation. The vibe of a class is supported by Sanskrit chanting, eclectic music, readings, spoken word and references to yoga philosophy texts. 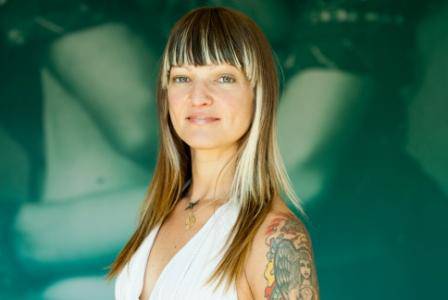 Jivamukti Yoga is a path to enlightenment through compassion for all beings. With this course, you will move through practices that are rooted in this tradition of yog...