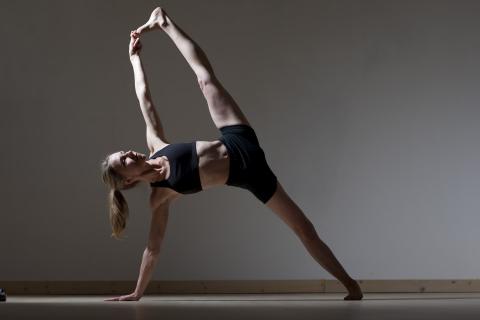 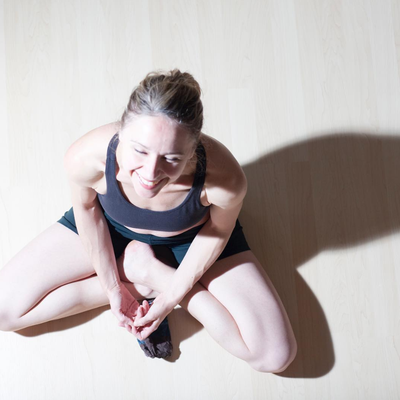 Linda took her first yoga class in 1995 in Toronto, Canada with Ron Reid. But a couple of months later she was in a fairly serious car accident and had to have physical therapy. This is when she decided to use the yoga as a way to complement the therapy. Soon after, she realized that the yoga would be a lifetime practice—a practice of asana, pranayama and meditation, but also a practice of being truthful, a practice of being kind, a practice of being fearless, peaceful and happy. She believes that the practice of "yoga" is continuous; the practice does not stop when you roll up the yoga mat. The practice of yoga includes the way you live your life, the way you relate to your family, friends, coworkers and to the strangers on the street. This is the lifelong practice of developing yogic awareness. In 1997 she moved to New York City with her work in the fashion business while continuing a daily Ashtanga practice studying under Eddie Stern. The year 2000 brought her to Paris, France. After thirteen years in the world of fashion, she decided it was the time to move fully into the direction she had been moving since her first yoga class. She felt a strong desire to sincerely give to others what her teachers have given to her, so in 2002 she started teaching yoga as her own study and practice continued. Gerald and Linda opened Ashtanga Paris in February 2004. She studied yogic scriptures and philosophy, having completed a 250-hour study program of Patanjali's Yoga Sutra, and a 120-hour course on the Bhagavad Gita under the supervision of Georg Feuerstein. She was one of his 10 mentoring students until he passed away in 2012. Linda is also a student of Sri O.P. Tiwari and is certified by him to teach pranayama. As well she has completed the anatomy for yoga training with Leslie Kaminoff and is a junior yoga anatomy trainer. Not to mention, she has studied with the late guru of Ashtanga yoga, Sri K. Pattabhi Jois in Mysore, India and NYC. 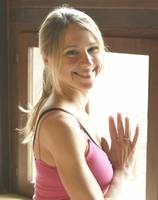 Linda Munro's Step-by-Step Ashtanga Primary series breaks the practice down into manageable chunks. Take advantage of 6 accessible classes that will help you get start...