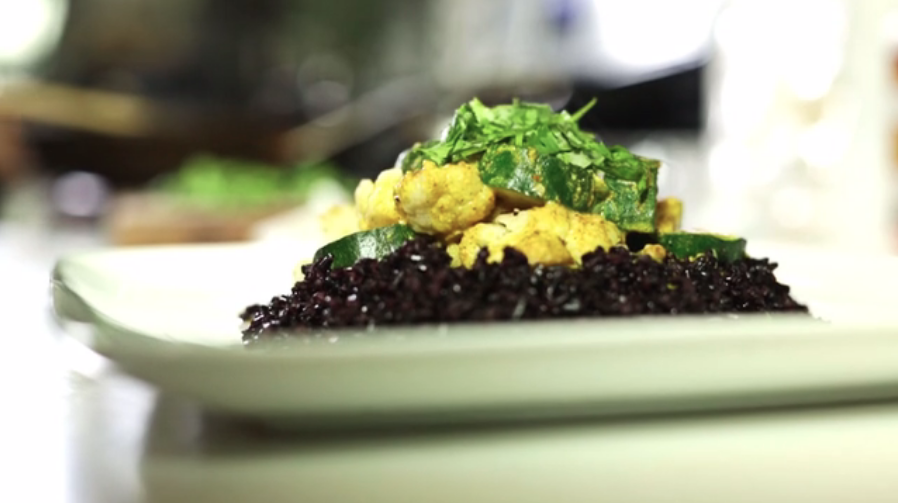 Dive into this incredibly delicious curry recipe with fragrant spices, and rich flavours. Warming your body as the winter season approaches, this recipe is also packed with health benefits from it’s key ingredients. Black rice is extremely high in a class of flavonoid antioxidants called anthocyanins, Black Rice is also rich in iron and, according to Chinese herbal medicine, considered to nourish and replenish your blood. Curry and Turmeric are a great choice for people that are suffering from arthritis as Turmeric itself has long been known for it’s anti inflammatory traits.

It is best to soak forbidden rice overnight allowing the rice to remove surface starches that cause the rice to stick together.   If this is not possible be sure to rinse well 3 – 4 times.  Place the rice into a large pot with twice the amount of water.   I usually eyeball it to look where the water line falls on the pot.  Once ready put pot on the stove with rice in it.  Bring to a boil then cover and simmer for 30 – 40 mins.  When it is close to finishing I usually add a little bit of Coconut oil, dash of pink salt and black pepper.

I like the simplicity of pairing two types of seasonal vegetables.  Begin with chopping the Cauliflower into smaller pieces, prepare the pan by adding a little bit of water to cover the bottom.  Add chopped cauliflower and cover on medium.  Once The cauliflower is softening up a bit, add the chopped garlic and chopped zucchini.   The zucchini will cook very quickly so time with the cauliflower.

Begin the curry by add a tablespoon of coconut oil to the bottom of a sauce pan.  Put on low and add 1 tsp of coriander seed.  You will here the seeds pop once this happens turn off the burner.  Allow the oil to cool down.  good thing to do now is start prepping the veggies.  Once oil has cooled poor Coconut Milk in. Allow this to heat up.  Once it is close to boil add heaping tbsp of almond butter and curry powder.  Take the heat back down to med low.  Allow this to simmer for 15 mins, stir occasionally.  Finish it with a dash of pink salt and black pepper to taste.

Very simple plating.  Begin with a bed of the black rice.  Next add the Cauliflower, Zucchini and garlic.  Then pour a desired amount of curry over the top.  Finish with chopped cilantro.

This medium-size heirloom rice is treasured for its delicious roasted nutty taste, soft texture and beautiful deep purple color. Extremely high in a class of flavonoid antioxidants called anthocyanins, Forbidden Rice is also rich in iron and, according to Chinese herbal medicine, considered to be a blood tonifier.  A new study shows that a spoonful of black rice bran or 10 spoonfuls of cooked black rice contains the same amount of antioxidants as a spoonful of fresh blueberries.

Curry powder is a mixture of spices. It is well noted that the most powerful healing herb in the powder is turmeric which gives it a yellowish color. Curry is most known to Fight Alzheimer’s and degenerative diseases. Curcumin, the yellow pigment in curry powder is being seriously looked at by scientists as a tool that fights Alzheimer’s Disease. One of the culprits in Alzheimer’s is a dangerous plaque that debilitates victims ability to function properly. Curcumin effectively blocks this plaque, subsequently protecting the brain. It should be noted that India, a country famous for its use of curry powder in several dishes, has an Alzheimer’s rate that is four times lower than the U.S. Curry is also known to block genes that are responsible for the trigger and spread of some forms of cancer. Curry and Turmeric are also a great choice for people that are suffering from arthritis. Turmeric has long been known for it’s anti inflammatory traits.

In addition to medicinal properties, coriander has many qualities that benefit general, daily health. It is great for digestion, relieves gas, prevents nausea and is an excellent source of fiber. Anti-inflammatory properties not only aid in digestion as well, but also alleviate arthritis. Coriander works to detoxify the body and also protects against Salmonella bacteria. Similarly, it can be used both internally and topically to ward of allergic reactions.

The number one health benefit of almond butter is that it is good for the heart. It is rich in monounsaturated fats, which are the type of fats that reduce levels of cholesterol and decrease the risk of heart ailments. Almond butter is a sweet and tasty dessert that will not do any damage to your blood sugar levels. In fact, it can even help control levels of blood sugar in your body by reducing the sudden increase in blood sugar and insulin which usually happens after you eat a carbohydrate-packed meal. This makes it an ideal part of the meal if you are suffering from diabetes. Oxidative stress is a common problem in today’s society. Free radicals that do cellular damage to your body are present everywhere. This is why it is important to have proper intake of antioxidants, such as vitamin E and flavonoids, which fortunately can be found in almond butter. Almond butter, thus helps protect cells from oxidative stress and reduces the risk of heart disease and other ailments associated with it.

Cilantro is most often cited as being effective for toxic metal cleansing and rightfully so, as this herb is a powerful, natural cleansing agent. The chemical compounds in cilantro bind to toxic metals and loosen them from the tissue. Many people suffering from mercury exposure report a reduction in the feeling of disorientation after regularly consuming large amounts of cilantro over an extended period. Cilantro is also antibacterial and antifungal.  It aids in lowering blood sugar levels, so it is very useful for people suffering with diabetes.  Cilantro has also been studied for it positive benefits as an anti anxiety remedy. Made as a tea or along with food, it helps reduce stomache gas and is a great option for bloating.

Turmeric has long been studied for its anticancer properties, anti-inflammatory effects, and tumor-fighting activities known in nutrition-speak as anti-angiogenesis. The active agent in the spice is a plant chemical, or polyphenol, called curcumin. One problem with turmeric is its low bioavailability when eaten on its own.The solution is to combine with black pepper. Adding black pepper to turmeric or turmeric-spiced food enhances curcumin’s bioavailability by 1,000 times, due to black pepper’s hot property called piperine. 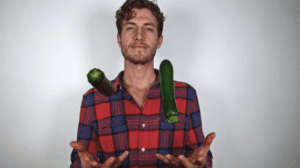 Follow Adam on Instagram (@adamkenworthy) where he’s constantly posting new and exciting dishes, drinks and snacks and check out his facebook page for some more long form recipes in the meantime. We’re thrilled to be launching a full course on Omstars with Adam in the new year!

Tune into Omstars for more recipes on our Wellness Channel 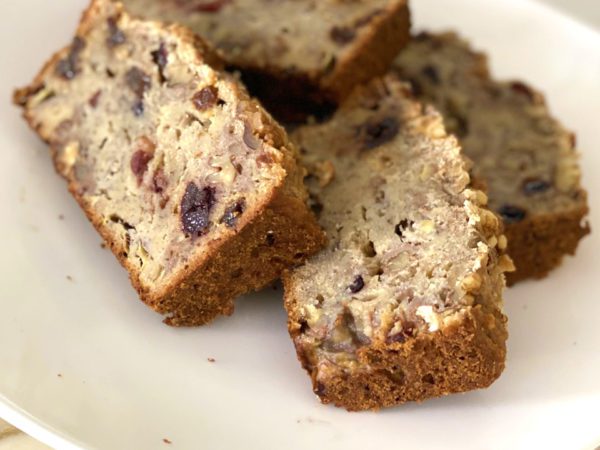 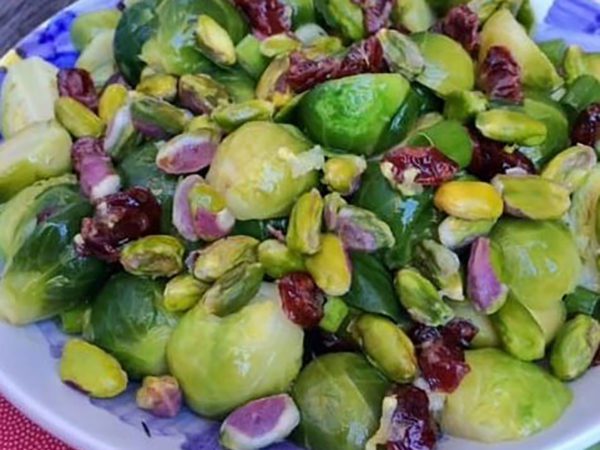 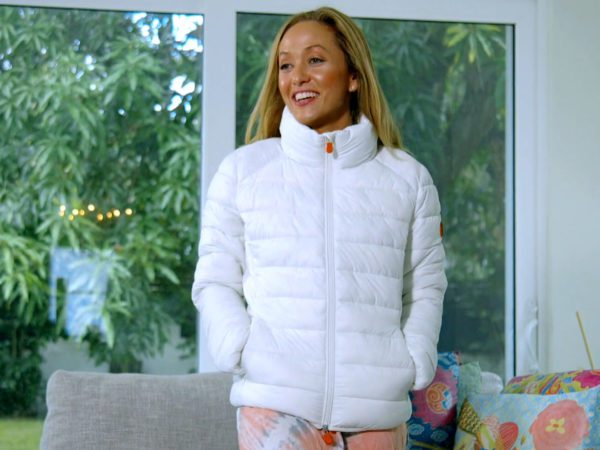